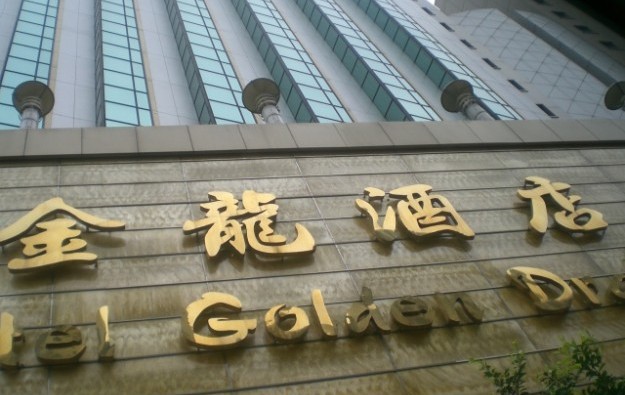 Several casino hotel properties controlled by Macau businessman Chan Meng Kam have been, or are about to be, rebranded to feature the word ‘dragon’ in the title, GGRAsia has learned.

The move is likely to fuel existing speculation in the local media that the entrepreneur – currently a casino investor via so-called “service agreements” that piggyback on the Macau gaming rights of several existing licence holders – is positioning himself to bid for a Macau permit in his own right. The rights of the six current licensees expire in either 2020 or 2022.

In March this year the businessman said he hoped locals could “participate” in the process of deciding future gaming rights for the Macau market.

Mr Chan’s portfolio of four Macau casino hotel properties is understood to have access to circa 200 gaming tables. As he is not currently a licensee in his own right, he depends on the table allocation of existing operators.

The “dragon” name is commonly associated with the entrepreneur’s gaming interests because the flagship casino hotel in his portfolio – on Macau peninsula – is called “Golden Dragon”. The casino portion of the property has just under 100 tables and covers 73,000 square feet (6,782 sq metres) over three floors, according to the venue’s website.

Now the website of his property Hotel Taipa Square in the mainly residential district of Taipa – and its associated gaming venue Casino Taipa Square – refers to a new name: “Grand Dragon Hotel”. The website currently retains the domain name “taipasquare.com.mo”.

Additionally, Lan Kwai Fong, a casino hotel in downtown Macau, is to be called “Macau Million Dragon”, according to its website. Mr Chan in January acquired the property from Hong Kong-listed China Star Entertainment Ltd for a total consideration of HKD2 billion (US$254.8 million). As of October, China Star had reported that the venue featured 209 rooms, a casino, restaurants, shops and a spa, and operated a total of 84 gaming tables, targeting both the VIP and mass-market segments.

Mr Chan’s casino hotels operate under the licence of Macau operator SJM Holdings Ltd, with the exception of the Taipa venue, which relies on the Macau permit of Melco Resorts and Entertainment Ltd.

Grant Govertsen, an analyst at Union Gaming Securities Asia Ltd, said in an email to GGRAsia in response to our request to comment about the rebranding: “We continue to expect all of the service provider casino operators to jockey for position in the context of a potential seventh or eighth gaming licence ultimately being issued.”

Mr Govertsen added: “Golden Dragon [Group] is in a unique position in that they control more casinos and more gaming devices than other service-provider operators. We would not be surprised to see further activity within the service-provider segment over the coming years.”

At the time Royal Dragon launched, Mr Chan had said he would like to see – in the context of the expected public tender for new Macau gaming rights – the local government open the market to new operators. But he added he was “not yet interested” in bidding for a standalone licence.