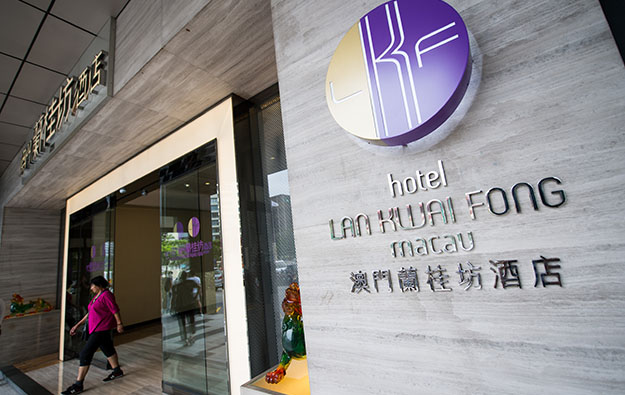 The news came as a surprise to the market, as China Star said in June that it had entered into a letter of intent with Hong Kong-listed Paradise Entertainment Ltd  – chaired by gaming entrepreneur Jay Chun – for the latter company to take over control of the downtown Macau casino hotel, for a total consideration of HKD2.38 billion.

Despite the letter of intent with Paradise Entertainment, separate filings from the two parties on September 29 confirmed that the exclusive negotiating window had expired on September 30, with no agreement reached.

In Monday’s filing, Hong Kong-listed China Star said it had signed on October 10 a sale and purchase agreement with Mr Chan, with the businessman paying HKD200 million in cash as a “non-refundable deposit”.

Under the agreement, Mr Chan will be acquiring, respectively, Most Famous Enterprises Ltd, Exceptional Gain Profits Ltd and Charming Era Investment Ltd, as well as the related shareholder loans of the target companies. The sellers are China Star and its subsidiary China Star Entertainment (BVI) Ltd.

The group of target companies owns and operates casino hotel Lan Kwai Fong on the Macau peninsula and some residential units that are currently being used as staff quarters, according to Monday’s filing.

The Lan Kwai Fong property features 209 rooms, a casino, restaurants, shops and a spa centre. As of Monday, Casino Lan Kwai Fong operated a total of 84 gaming tables, targeting both the VIP and mass market segments. It also operated a total of 65 slot machines, according to the filing. Currently the property makes use of the gaming licence of SJM Holdings Ltd, according to information on the local gaming regulator’s website.

Mr Chan, a veteran businessman and former Macau legislator, is chairman of privately-held Golden Dragon Co Ltd, which runs three casinos in the city, namely: Casino Golden Dragon and Casino Royal Dragon on Macau peninsula – both via the licence of SJM Holdings; and Casino Taipa Square on Taipa, making use of the casino licence of Melco Resorts and Entertainment Ltd.

Casino Royal Dragon opened to the public on September 27. Mr Chan said that the investment for the casino hotel was approximately MOP1.5 billion (US$186.5 million). The government approved the relocation of 20 gaming tables to the new property.

In Monday’s filing, China Star said it expects to record “an estimated gain on disposal of approximately HKD648.0 million”. Following the disposal, the firm will no longer operate hotel and gaming services.

The company additionally said that part of the sale price would be used to repay loans owned by the target group to a commercial bank, which aggregate principal amount is about HKD700 million.

Net proceeds of approximately HKD1.3 billion will be used to develop a “luxury residential and commercial complex of two towers” in land adjacent to the casino hotel. Construction works already started in June this year, the firm added.

Trading in the shares of China Star resumed today, after being suspended since October 11, at the request of the company.