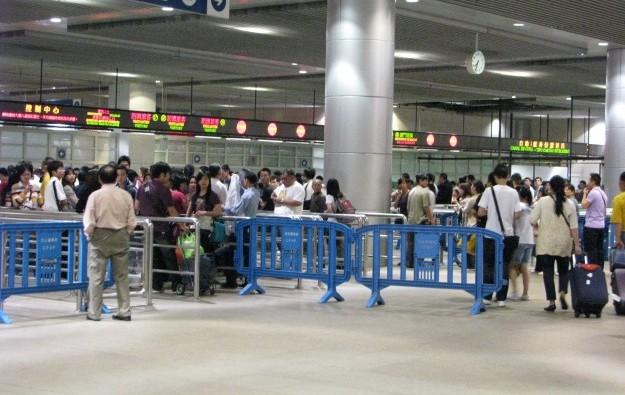 The border crossing between Macau and mainland China’s Hengqin Island will start operating round-the-clock on December 18, Macau’s government spokesperson Alexis Tam Chon Weng announced on Thursday. At the same time, the opening hours of the Gongbei Border Gate (pictured), the main crossing point between Macau and Zhuhai, will be extended by two hours, Mr Tam said.

Currently Cotai’s Lotus Bridge crossing to Hengqin Island is open from 9am to 8pm seven days per week.

The Gongbei Border Gate land route to Zhuhai is open from 7am to midnight seven days per week. From December 18, that border will be open from 6am to 1am the next day, said the government’s spokesperson.

There will also be changes to the opening times at the Zhuhai Macau Cross-border Industrial Park crossing point. From December 18 it will be opened to Macau residents, mainland workers and students between midnight and 7am. Currently the checkpoint can only be used by those working at the industrial park.

Macau will open more immigration channels at the three border crossings and allocate more staff to deal with the expected increase in the number of people crossing, Mr Tam told reporters.

The new border opening times have been approved by China’s State Council. The implementation of the new rules coincides with the 15th anniversary of the Macau SAR and the expected visit of President Xi Jinping.

Longer border opening hours could be beneficial for Macau’s tourism and gaming markets as it could take pressure off the border checkpoints during major holiday periods suggest some investment analysts.

“The 24-hour crossing at Hengqin will benefit tourists’ flow into the Cotai resorts area, ensure the growing hotel inventory in Hengqin can be more relevant to resorts in Macau, and is in preparation for the eventual free flow of Macau residents/vehicles into Hengqin (e.g. to address longer term housing issues in Macau),” said UBS analysts Anthony Wong and Angus Chan.

“The extended opening times/extra border in the North will also help address some transport and congestion issues in Macau peninsula,” they added.

“We also expect Melco’s [Melco Crown's] Studio City project to benefit the most from tourist flow from Hengqin, given its location right beside the border gate,” the analysts said.

Most of Macau’s casino operators are likely to generate positive free cash flow in the first quarter, given the robust recovery level of mass-market gross gaming revenue (GGR) in January, relative... END_OF_DOCUMENT_TOKEN_TO_BE_REPLACED