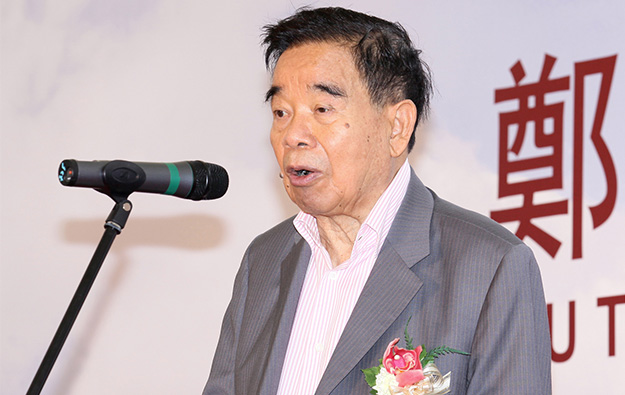 Hong Kong billionaire Cheng Yu Tung died on Thursday, according to a family statement. He was 91.

In 1982 Mr Cheng bought a 10 percent stake in Mr Ho’s Sociedade de Turismo e Diversões de Macau SA, also known as STDM. For four decades until 2002, STDM was the holder of a Macau casino monopoly; the firm is now the controlling shareholder of SJM Holdings Ltd, one of the six licensed Macau casino operators.

Mr Cheng’s son, Cheng Kar Shun, has been a non-executive director of SJM Holdings since 2013, following his father’s retirement from the SJM Holdings board.

Mr Cheng senior was also involved in the development of the casino hotel Le Royal Arc, in Macau, a project headed by Angela Leong On Kei and operating under the casino licence of SJM Holdings. Ms Leong – the fourth consort of Mr Ho – is an executive director of SJM Holdings.

Chow Tai Fook is also involved in the development of a casino resort in Brisbane, the capital of the Australian state of Queensland.

In 2014, Mr Cheng’s family showed interest in investing in junket investor Suncity Group, without a deal being effected.

Andrea Domingo, chairman and chief executive of the Philippine casino regulator, says her institution and the casino licensees in the country “are still committed” to relief effort to help... END_OF_DOCUMENT_TOKEN_TO_BE_REPLACED