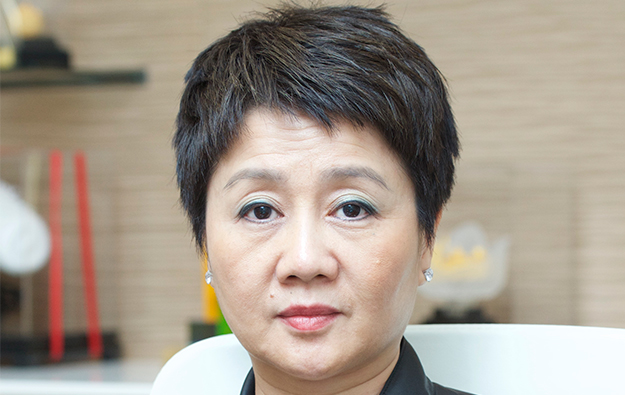 Newly-announced rules from Beijing regarding an annual limit on the aggregate amount of cash people can withdraw from their mainland Chinese bank accounts while overseas could have some “impact” on Macau’s gaming business.

So said on Tuesday Angela Leong On Kei (pictured), an executive director of Macau casino operator SJM Holdings Ltd. But the casino boss said any negative effects could be mitigated by an increase during 2018 in overall visitor numbers to the city.

China’s State Administration of Foreign Exchange announced on Saturday that from January 1 mainland Chinese would  be restricted to an annual CNY100,000- (US$15,366-) limit per person for cash withdrawals when using overseas automated teller machines (ATMs). In the past, China’s regulatory definition of “overseas” transactions has included ones performed in Macau.

Under the old rules, there was an ATM  annual withdrawal cap of CNY100,000 per bank card, but no protocols to stop people having multiple cards attached to a single account or multiple accounts with different banks.

“I think as with the start of any other [relevant financial services] policy, there will be a certain impact seen here,” SJM Holdings’ Ms Leong said in her Tuesday comments.

“But we still have billions of people from mainland China,” she further remarked on the sidelines of a company event that day, in response to media questions on the topic.

The SJM Holdings executive added she believed that Macau would be able to maintain in 2018 a year-on-year growth in gaming revenue if the city managed to attract more visitors; if the government offered further policy incentives to the sector; and if Macau managed to continue improving its hotel services and tourism offerings.

Ms Leong noted her own firm had seen improved business in the mass-market gaming segment as of December, but was “weaker” that month in terms of its VIP gaming business performance when compared to the other Macau gaming operators.

“…as for the VIP [gaming] segment, our offerings are less diversified and the space [at our existing properties] is limited: we don’t really have space for much by way of shopping and shows. So we are a bit weaker when it comes to catering to some VIP customers, who bring their families along,” Ms Leong said on the fringes of a signing ceremony for her firm’s occupational safety and health charter.

“We have more plans for 2018 that are aimed at strengthening our management, and seeing in which areas we can cooperate with some institutions to provide more options for our customers when they are spending [at our properties] and gambling; such as via catering and creating more events,” she added when asked how her firm planned to enhance its current VIP gaming business ahead of the launch of its Cotai project Grand Lisboa Palace.

The goal of completing that HKD36-billion (US$4.6-billion) resort “by the end of 2018” had not changed, Ms Leong noted on Tuesday.

The SJM Holdings executive director also stated the company had confirmed an annual bonus – referred to by the firm as a yearly “living subsidy” – to qualifying employees and payable this calendar year. But she did not give a clear indication whether the firm’s employees would additionally be offered a salary hike for 2018.

“We will study the salary hike issue. This all depends on the company’s income, [and] dividend policy as well as the expenditures on Grand Lisboa Palace. We will have to look for a balance there,” Ms Leong said.

Macau’s casino gross gaming revenue (GGR) for the first five days of February is estimated at MOP1.9 billion (US$235.1 million) – or MOP380 million per day – a level that suggests a “45... END_OF_DOCUMENT_TOKEN_TO_BE_REPLACED