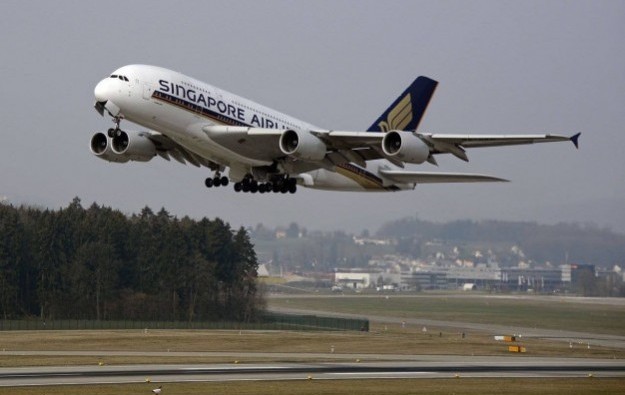 Chinese business people or officials that have been sponsored by “government agencies” will be able from June 8 to apply for inbound travel to Singapore, according to a Wednesday announcement by the city-state authorities.

Despite the move toward normalising travel for that country following the initial Covid-19 emergency, Singapore’s two casino venues – Marina Bay Sands and Resorts World Sentosa – are still closed, according to their respective websites.

The Singapore government’s Wednesday announcement gave more detail on the so-called “fast lane” plan that had been flagged on May 29 in order for Singapore to try to achieve a mutual restart of business travel via certain destinations in some countries.

The arrangement for business trips involves pre-departure steps including the person taking a test for Covid-19 infection at their own expense 48 hours before travelling. They will also need to obtain a certificate proving they have tested negative for the disease.

Chinese people intending to travel to Singapore will be required to produce what the city-state terms a “Safe Travel Pass” in addition to evidence of a negative test result for Covid-19. They will also need a return air ticket and a valid visa where applicable, in order to complete airline pre-boarding checks.

Six Chinese provinces and municipalities are being permitted to take part in the scheme. They are: Chongqing, Guangdong, Jiangsu, Shanghai, Tianjin and Zhejiang. Applicants intending to travel from China to Singapore must not have been to any place outside those six areas for the seven days prior to departure for Singapore. The statement said the “fast lane” arrangement would be “gradually expanded to other Chinese provinces and municipalities”.

Under the deal with China, Singapore residents “seeking to make essential travel to China” via the “fast lane” system will need to be sponsored by either a company or a government agency in China, which will file an application on behalf of the applicant with the local provincial or municipal authorities.

An approved applicant travelling from Singapore to China must undergo a Covid-19 test and serology test at their own cost after arrival in mainland China, and must “remain in locations designated by the local provincial or municipal government for one to two days until the test result is released”.

The steps were part of Singapore’s “gradual reopening” of its borders for “Singaporeans and residents to conduct essential activities overseas and to allow safe travel for foreigners entering Singapore in limited numbers, with the necessary safeguards in place to ensure public health considerations are addressed,” said the joint announcement from the Ministry of Foreign Affairs and the Ministry of Trade and Industry.

Governments across the region, including those in Macau and neighbouring Guangdong province in mainland China, and Hong Kong, have been seeking ways to emerge from a patchwork of safety measures put in place to limit the further spread of the pandemic.

In Singapore, such safety efforts were known as a “circuit breaker”. The first phase of exit from the circuit breaker was scheduled from June 2. “Most” manufacturing and production facilities; and most businesses with employees working in offices and settings that “do not require interactions with large groups of people” were being allowed to restart. That is according to an earlier government press release.