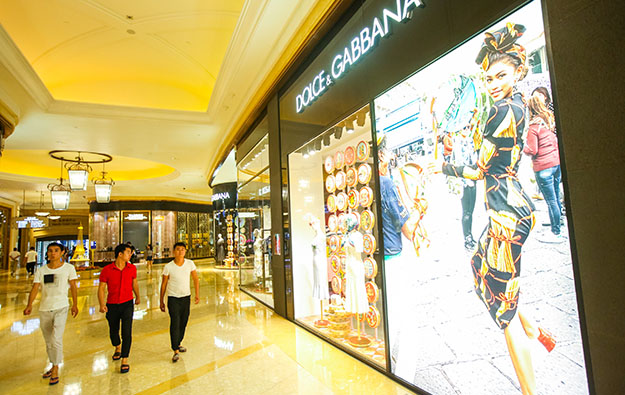 Providing China’s gross domestic product (GDP) growth rate does not slow in 2020 to what some predict would be a 30-year low for the country’s economic expansion, it should “lift sentiment” for Chinese casino players frequenting Macau.

That is according to commentary by Nomura’s Instinet LLC brokerage, in a lookahead note issued just before the Christmas holiday, which is observed in Macau and Hong Kong, though not in China as a whole.

Economists at UBS Wealth Management, a unit of Switzerland-based banking group UBS AG, had said in late November that China’s economic growth might next year drop below 6 percent – which would be the first such occurrence since 1990 – as the world’s second-largest economy continued to be affected by the United States-China trade war, and by a reduction in domestic infrastructure investment.

Fitch Ratings Inc said in a memo this week it expected Macau’s own GDP performance to be flat in 2020 due to a subdued gaming market.

But “if Nomura’s economists are right, and China GDP growth doesn’t decelerate next year, then we would expect a corresponding lift in player sentiment” in the Macau casino market, said Nomura’s analyst team covering Americas gaming and lodging.

Market-wide in the Macau casino sector, Nomura’s outlook for 2020 gross gaming revenue (GGR) growth next year is a “range of +1 percent to +3 percent,” with tough comparisons to 2019 a factor in the first half of 2020, followed by “positive GGR growth in the second half, and double-digit mass [market gambling] growth for the year,” stated the Nomura team.

Potential Macau market 2020 catalysts included: the possible launch of a new spur link from the main portion of China’s high-speed railway network to the non-gaming tourism attractions of Hengqin Island, mainland China territory next door to Macau; the recently-opened Light Rapid Transit rail system linking Macau International Airport and the Pac On ferry terminal at Taipa to some of Cotai’s casino resorts; and possible “political détente between China and the U.S., and stabilising confidence in China,” said Nomura.

It is likely that Macau will shortly have a third round of citywide centre-based Covid-19 testing in little more than a week, after the results so far of a second mass test – that was due to finish... END_OF_DOCUMENT_TOKEN_TO_BE_REPLACED