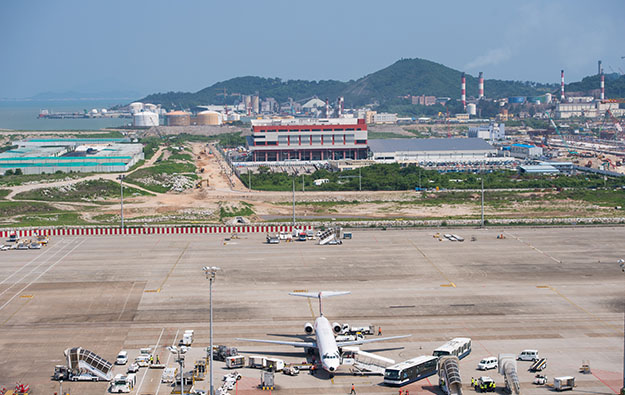 The Chinese authorities are planning to develop a cluster of airports in the Guangdong-Hong Kong-Macau Greater Bay Area by 2025, according to a proposal outlined by the Civil Aviation Administration of China, and cited by Chinese news agency Xinhua.

The Greater Bay Area is a Chinese central government initiative to link the economies and people of mainland China’s Guangdong province, and the neighbouring Macau and Hong Kong special administrative regions more closely.

According to Xinhua, the plan released by the Civil Aviation Administration stressed the need to coordinate air travel development efforts between the places covered by the Greater Bay Area initiative.

The proposal stated efforts would be made to enhance Hong Kong’s status as an international aviation hub, while “distinctive roles” would be assigned to the airports in Macau, and in the cities of Guangzhou, Shenzhen and Zhuhai in neighbouring Guangdong province, Xinhua reported.

The plan said additionally that the Chinese authorities would support the liberalisation of the aviation market in Macau. The city’s airport (pictured) is managed by the Macau International Airport Co Ltd.

By 2025, the Greater Bay Area should be “leading globally in terms of scale, competitiveness, and innovation capability for civil aviation,” reported the news agency. Such role should be enhanced by 2035, when the area should comprise a “world-class airport cluster that is safe, green, and smart.”

Such a plan could eventually help boost transport links to Macau, allowing more travellers to enter the city.

The outline plan for the Greater Bay Area published in February 2019 mentioned that Hengqin – a part of mainland China territory next door to Macau – would be developed into a “high-standard international leisure and tourism island” in order to “complement Macau’s development into a world tourism and leisure centre”.

A casino cruise brand reportedly controlled by Malaysian entrepreneur Lim Kok Thay is to launch services from Singapore fewer than five months after the Lim family-founded Dream Cruises brand of the... END_OF_DOCUMENT_TOKEN_TO_BE_REPLACED