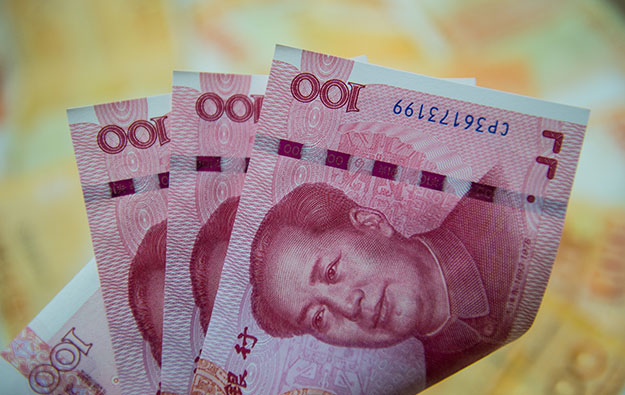 The People’s Bank of China announced on Thursday it recently held talks with other Chinese government departments on combatting the “cross-border” flow of funds for gambling. The bank’s deputy governor Fang Yifei called also for reinforced official efforts on anti-money laundering (AML) measures.

But a Friday note from brokerage JP Morgan Securities (Asia Pacific) Ltd played down the idea the statement might be aimed at funds moved cross-border from the mainland for casino gambling in Macau.

The bank’s website had carried the announcement, which was reported by several media outlets in mainland China, including official news agency Xinhua.

He also urged firmer steps in dealing with large-sum and suspicious transactions, and better practices in customer identification, as well as enhanced monitoring against money-laundering in general.

The statement did not mention the types of gambling activities targeted, nor did it mention where the money might be going when it moved cross border.

The recent gathering organised by the bank involved representatives from the Ministry of Public Security, the General Administration of Customs, the China Banking and Insurance Regulatory Commission, the State Administration of Foreign Exchange, the Payment and Clearing Association of China, bank card services provider China UnionPay Co Ltd, and the NetsUnion Clearing Corp.

On the Chinese mainland, the operating or promotion of casino gambling in online or bricks and mortar form is illegal, as is the marketing of such gambling outside the mainland’s borders, including any play in Macau.

The Friday memo from JP Morgan suggested the statement was a “non-event” in the context of Macau.

“It’s difficult to know… the exact scope of subject matter,” since in the Chinese context “‘cross-border’ gambling often refers to ‘illegal gambling’, particularly online casino operation by junkets (a.k.a. proxy or video betting), such as those from the Philippines and Cambodia,” wrote analysts DS Kim, Derek Choi and Jeremy An.

“We note the China government has recently broken up a series of illegal online casino rings across different provinces (e.g. Shaanxi in April, Fujian in May, Jiangsu in June, etc.), which leads us to think the meeting was probably more related to those incidents,” said the JP Morgan team.

“In short, we wouldn’t necessarily think the meeting focused on Macau and/or ‘legal’ casino operations; the news seems like a non-event to us,” added the brokerage.

The verdict – and eventual sentencing – in the case involving Alvin Chau Cheok Wa (pictured in a file photo) and other defendants linked to the now-defunct Macau casino junket Suncity Group Ltd... END_OF_DOCUMENT_TOKEN_TO_BE_REPLACED