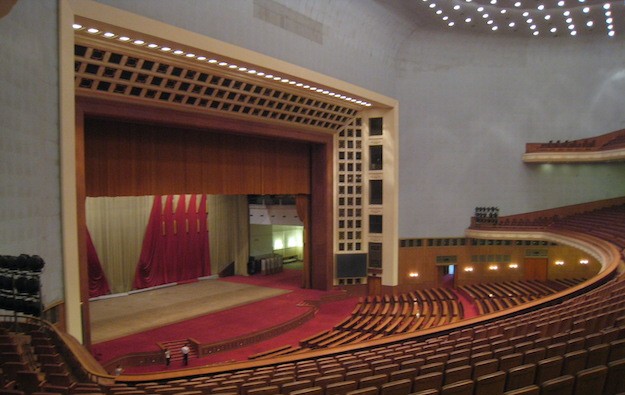 China’s National People’s Congress (pictured in a library photo) has via its Standing Committee, given final approval to an amendment to the country’s criminal law, so that anyone who “organises” mainland Chinese for the purpose of overseas gambling will be deemed to have committed a criminal act. The change was signed off on Saturday, and takes effect on March 1, 2021, according to Xinhua news agency, a state-run outlet.

The change also covers anyone organising trips for gambling in Macau, a special administrative region of China, GGRAsia has been told separately by a locally-based gaming scholar, and a legal source based in the neighbouring mainland province of Guangdong.

The latter market has for many years supplied numbers of high-roller gamblers to Macau, including according to some investment analysts, people that grew rich in China’s manufacturing and export boom of recent decades.

The approved legal amendment says that a prison term of up to 10 years can apply to cases involving any person who “organises” mainland Chinese citizens to gamble – in the literal translation from the Chinese – “outside the country (borders)”; and where there was a “serious” amount of money involved, or for cases considered to have “grave consequences”, according to Xinhua’s report.

Wang Changbin, a gaming scholar at Macao Polytechnic Institute, told GGRAsia: “By the term ‘outside the borders’, that could mean activities that are conducted in the special administrative regions – i.e., Hong Kong, Macau – as well as Taiwan.”

He added that mainland-China references to things occurring outside the country’s “borders” were usually interpreted as meaning outside mainland China, but still encompassed all Chinese “jurisdictions”, i.e., including the special administrative regions.

A Guangzhou-based legal source, who asked to remain anonymous due to the sensitivity of the topic, arrived at the same technical view on what counts as ‘outside the country’ in the Chinese context.

Mr Wang for his part added: “This legal change could have implications for Macau’s junket sector. I think they could be the ones taking the biggest hit.”

A Macau junket investor, Luiz Lam Kai Kuong, had commented to GGRAsia in October that he believed China’s move to criminalise any efforts to organise mainland residents for purposes of gambling abroad, would be a negative for the city’s junket sector, making its trading conditions more difficult.

The latest approved amendment in China’s criminal law also increases penalties for setting up a casino on mainland territory. Under the new amendment, in scenarios where the setting up of a mainland casino has “grave consequences”, there is a prison penalty of “more than five years, and up to 10 years, along with a fine”. For other cases, such penalties range from up to five years in prison, plus a fine; to a “controlled release along with a fine”.

Prior to the final approval of the criminal law amendment, China’s Supreme People’s Court; the Supreme People’s Procuratorate; and the Ministry of Public Security, had in October jointly published a document said to serve as guidance on what constitutes “cross-border gambling” crimes, and how to assess corresponding legal penalties.

Macau recorded 965 “gaming-related” crimes in full-year 2022, down 29.7 percent on the 1,372 identified in the previous year, according to the latest statistics published on Tuesday by... END_OF_DOCUMENT_TOKEN_TO_BE_REPLACED