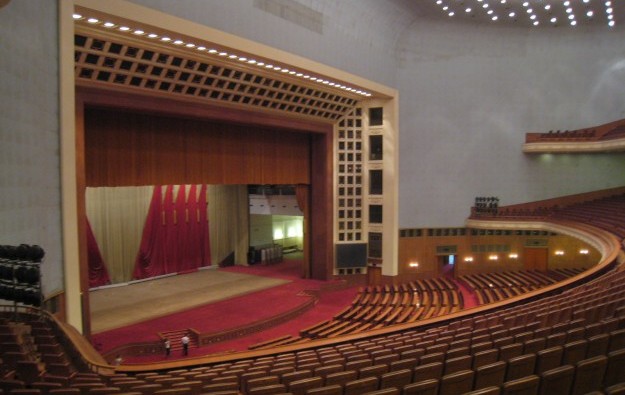 The third annual session of China’s 13th National People’s Congress (NPC) starting in Beijing on Friday (May 22) might bring some “positive announcements” regarding Macau’s situation as it seeks to emerge from the Covid-19 crisis, suggested separately two brokerages.

There could also be “some stimulus measures for the overall China economy that could be supportive for Macau demand,” suggested Sanford C. Bernstein Ltd’s analysts Vitaly Umansky, Eunice Lee and Kelsey Zhu, referring to the city’s casino business.

Nomura Group said in a Monday memo that the NPC meeting was “likely to announce an expansionary budget” for China.

Macau’s Chief Executive, Ho Iat Seng, is due to attend the opening of the NPC session.

Roth Capital Partners LLC stated in a recent note that its contacts believed that a relaxation of visa policies to enter Macau could “begin during or immediately following” the political conference. That “should serve as a strong market catalyst,” wrote analyst David Bain.

Eased border restrictions could include “visa loosening” applicable to people from Macau’s neighbouring Chinese province Guangdong wishing to visit Macau; and “lesser quarantine restrictions,” said the Roth analyst. The brokerage stated however that some caution was needed due to recent outbreaks in some regions of the mainland, which “could play into overall political will to open up Hong Kong/Macau more aggressively”.

Commentary by many investment analysts regarding Macau has focused on the idea of normalisation of travel from mainland China, the biggest single feeder market for gamblers in Macau’s casinos. In April, a month when travel restrictions took greater effect, casino gross gaming revenue (GGR) fell 96.8 percent year-on-year.

A range of measures – including a 14-day quarantine for any mainland resident that visits Macau but wishes to return to the mainland – remain in place, even though as of Monday Macau had reported no Covid-19 case for 40 consecutive days.

But China has in the past week reported clusters of cases in areas previously lifted from lockdown measures, including Wuhan, the city in Hubei province that first flagged an outbreak at the turn of the year.

Sanford Bernstein noted in its Monday memo regarding the business outlook for Macau casino tourism in the remainder of the year: “Forecasts for 2020 remain largely educated guesses at this time with constantly-changing conditions altering expectations on an almost daily basis.”

The brokerage added: “The most critical variables remain: when travel restrictions from China will be lifted and in what manner; and how quickly the Chinese economy will recover.”

It said travel restrictions had been “softening” across China and there was evidence of “business getting back to normal in China across many provinces”.

In the past week there have been signs that Guangdong province, an important tourism feeder market next door to Macau, as well as Macau’s neighbouring Chinese special administrative region, Hong Kong, are planning cautious and incremental steps on travel improvements.

“These estimates are based on our assumption of visa restarts and are likely to change depending on the timeliness of the lifting of travel restrictions and visa implementation,” said the brokerage, referring first to exit permits issued to mainland China residents to permit them to visit Macau.