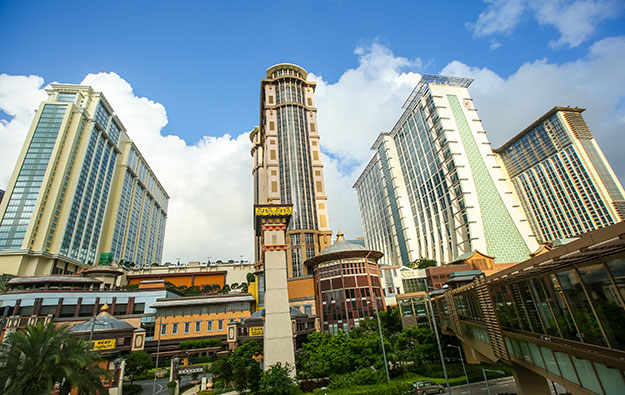 The resumption of the Individual Visit Scheme (IVS), an exit permit system for mainlanders from certain Chinese cities, is “critical” for the Macau casino industry to recover, said senior executives at Las Vegas Sands Corp. Without such visas, the relaxation from July 15 of quarantine arrangements for travel to the neighbouring Chinese mainland province of Guangdong is “negligible”.

U.S.-based Las Vegas Sands is the parent company of Macau gaming operator Sands China Ltd. The executives were speaking on Wednesday on the second-quarter earnings call of the group.

“We believe Macau is our biggest upside potential, but I think it’s critical to realise that without the IVS being resurrected there’s not much hope for the casinos to come back,” stated Robert Goldstein, president and chief operating officer of Las Vegas Sands.

Mr Goldstein said “three steps” would need to be taken in order for the Macau market to recover. “We took the first big step with the quarantine [in Guangdong] being taken away; the second step will be the IVS resurrection, we don’t know when: finally, beyond Guangdong we need to see other provinces open as well.”

“It’s not that impactful financially or for income in Macau the quarantine [in Guangdong] disappearing, without the resurrection of the IVS,” he added. “Guangdong opening” was to be hoped for soon, “but we need other provinces to come back as well.” The impact of current travel easing “is negligible,” the executive added.

A return of IVS visas had been mentioned by Macau junket sector representatives in comments to GGRAsia as a key element in Macau’s casino market recovery.

Sheldon Adelson, Las Vegas Sands chairman and chief executive, said on the conference call that despite the existing restrictions, the company was “seeing the first signs of recovery.”

“Guangdong relaxation is a critical first step towards the relaxation quarantine restrictions in provinces outside of Guangdong, as well as the eventual resumption of tourist visa issuance to Macau,” said Mr Adelson.

The CEO added: “The Macau government knows that the IVS scheme is important and that we need that. We are also hopeful that that would take place sooner than later.”

The management of Las Vegas Sands said on Wednesday it would continue to execute the previously-announced capital expenditure programmes in both Macau and Singapore, despite some likely delays caused by the Covid-19 pandemic. In Macau, the group is investing an aggregate of US$2.2 billion, including in the rebrand of Sands Cotai Central casino complex (pictured in a file photo) as a British-themed resort called the Londoner Macao.

Patrick Dumont, Las Vegas Sands executive vice president and chief financial officer, said the company had “completed the grand suites” of the Four Seasons Macao complex. Until the end of the year the group expects to complete the Londoner Court, which is 368 suites together with additional gaming and restaurants, said the executive.

A portion of the revamp will be done in 2021, mainly related with “external works,” retail and some public spaces within the complex. “The project, aside from external works, still continues to be in the schedule we expect,” said Mr Dumont.

In Singapore, the expansion of the Marina Bay Sands casino resort might face some delays “principally related to the impact of the pandemic,” said Mr Adelson on Wednesday’s call.

The group has pledged to the Singapore government to spend SGD4.5 billion (US$3.3 billion) to expand its facilities at Marina Bay Sands, coincidental with it casino licence there – under the city’s casino duopoly – being extended until 2030.

The casino at the Marina Bay Sands reopened on July 1, to “selected” customers and with extra safety steps in place.

Mr Goldstein said on Wednesday that the property’s casino has a “strong” local market, but that it is still constraint by restrictions on capacity due to guidelines to prevent the spread of Covid-19 locally.

“The first thing we need is airlift” for the Singapore market to recover, said the executive.

Mr Goldstein said there was a chance the border to Malaysia could open up and “some leisure travel might start in the fourth quarter”. “I think we’ll be pleased with the results in Singapore in the fall,” he added.

Macau mass-market casino gross gaming revenue (GGR) for the recent Chinese New Year (CNY) holidays could have recovered to at least 60 percent of that for the 2019 break, when the festivities were in... END_OF_DOCUMENT_TOKEN_TO_BE_REPLACED