Chinese visitors have role to play in Japanese IRs: JLL 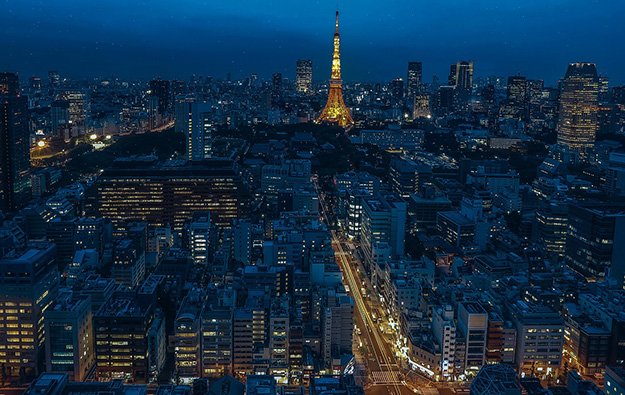 Global real estate services firm Jones Lang LaSalle (JLL) has suggested that Chinese tourists are likely to have an important role in Japan’s nascent casino industry. The comments were included in a company report about the potential of integrated resorts (IR) in Japan.

“Growth of inbound tourism has been targeted by the [Japanese] government as one of a number of measures to ensure stable economic growth,” the document stated. “Total visits in 2016 reached 24.04 million, well on its way to reaching the revised target of 30 million by 2020,” it stated.

The report, dated from January, was only made available on JLL’s website earlier this month.

The document added: “While almost all countries and regions of the world have shown strong inbound growth to Japan over the past five years, by far the largest nominal increase in visitor arrivals has been from China.”

Official data show that mainland China has overtaken Taiwan and South Korea as the main source of visitors to Japan, with 6.37 million visits recorded in 2016, a 511 percent increase compared to 2011.

The JLL report said that “higher Chinese arrival numbers have been a huge windfall for various tourism, retail and entertainment operators given the Chinese tourists higher propensity to spend”. It added: “This will be relevant to any integrated resort operators, given the diversified level of services provided such as accommodation, retail outlets, food and beverage and other entertainment services.”

JLL noted that “as the largest source of foreign arrivals and toward the top of the list of largest spend per visit, the implied level of expenditure of Chinese visitors is multiple times the size of any other source of tourist.” The document said that other source markets with large average spends per visit to Japan – such as United States, Australia, Singapore or the United Kingdom – tend to have lower relative numbers of visitors.

The report additionally stated that Chinese tourists were “much more likely to visit” Japan’s major cities than regional areas and smaller cities. “Surprisingly, Chinese visitors are almost as likely to visit Osaka as they are Tokyo [pictured],” noted the document, quoting data collected by the Japan Tourism Agency.

For many regulated casino jurisdictions in Asia, mainland Chinese tourists are much-sought for their perceived interest in gambling. A number of investment analysts have previously noted that China’s domestic anti-corruption drive in the past few years – that had a depressive effect on VIP play in Macau – may have also had the effect of displacing some high-stakes gambling to other jurisdictions in the Asia-Pacific region.

Legislation making casino gambling legal in Japan came officially into effect in December. After approval of the enabling bill legalising casino resorts at the conceptual level, a second piece of legislation – the IR Implementation Bill – has now to be passed, detailing the specifics, including how casinos are administered and regulated.

Both Osaka and Tokyo have been mentioned by several media reports as front-runner locations to host integrated resorts. But investor services firm Morningstar Inc said in a recent report it thought Japan’s capital Tokyo was likely to have put itself out of the running for a casino resort.

“We think Tokyo is less likely to receive a licence because of an unclear government stance, the [2020 Summer] Olympics, and site location challenges, as well as the city not needing an economic boost relative to Osaka,” said at the time Morningstar analysts Dan Wasiolek, Chelsey Tam and Daniel Ragonese.

JLL also looked into the demographic trends in Japan as part of its report. “The ageing demographics and population decline in Japan have been well documented, however there are large deviations across the various regions/cities,” it noted.

It stated: “Tokyo and Osaka continue to experience centralisation from regional areas which continues to support their population bases.”

The JLL report additionally provided an overview of the current state of gambling in Japan. “Despite having few forms of legal gambling and quasi-gambling available, Japan remains a very active global gambling market. The total net losses accumulated in 2014 was US$29.8 billion, the third highest amount in the world after China and the United States,” the report said, quoting intelligence compiled by betting and gaming consultancy H2 Gambling Capital.

It added – based on data from the All Japan Amusement Cooperative Federation Alliance – that Osaka prefecture held a much higher rate of pachinko machines per capita than Tokyo.

“While pachinko parlours are prolific in their presence right around Japan, they are not technically considered gambling as money cannot be awarded at pachinko parlours. There are however alternative ways to receive monetary awards so it can be considered a form of quasi-gambling,” the document explained.

A number of Japanese politicians and academics have referred to the possibility of Japan allowing locals to gamble in the country’s casinos, adopting a “Singapore-style” form of regulation for a home-grown industry, including the possibility of an entry levy. Banking group Morgan Stanley suggested in a May note that the passage by Japan’s parliament of a bill to counter gambling addiction would be “a key indicator” for the opening of casino resorts in the country and must in likelihood happen before the IR Implementation Bill can proceed.

South Korea on Thursday said it would from June 1 resume issuing short-term tourism visas for trips to the country’s mainland, for individual visitors and groups of tourists. Permits for... END_OF_DOCUMENT_TOKEN_TO_BE_REPLACED