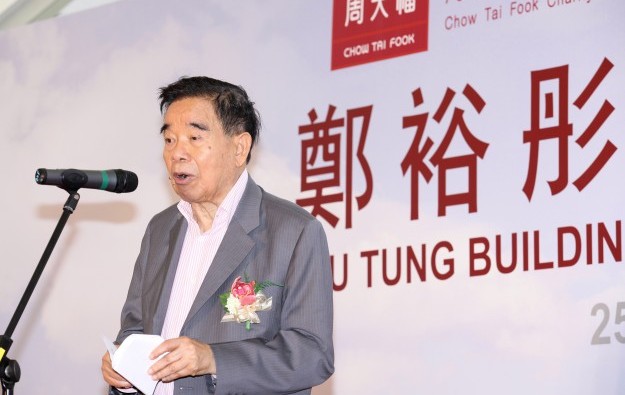 Chow Tai Fook Enterprises Ltd on November 16 signed a letter of intent to invest US$1.6 billion to create a new South Korean casino resort at Incheon, near the country’s capital Seoul, reports the Korea Herald newspaper.

The agreement was with Incheon City Mayor Yoo Jeong-bok for a property at Yeongjong Island in the Incheon Free Economic Zone. The area has attracted investment interest from several international casino brands, including U.S.-based Caesars Entertainment Corp.

This is not the first casino project that Mr Cheng, 89, has pursued overseas. Chow Tai Fook Enterprises is also involved in a bid to develop a casino resort in Brisbane, the capital of the Australian state of Queensland.

Australia’s Echo Entertainment Group Ltd said in a filing in June it had signed a binding memorandum of understanding with Chow Tai Fook Enterprises for the Queen’s Wharf Brisbane area.

The firm is partnering with Japan’s Sega Sammy Holdings Inc for a US$1.7-billion scheme on Yeongjong. The development, called Paradise City, is scheduled to open in 2017.

Management at Las Vegas-based Caesars said earlier this year the firm was working to open its casino project in Incheon before the 2018 Winter Olympics. Pyeongchang, in South Korea’s Kangwon province, will host the Olympic Winter Games from February 9 to 25, 2018.

Caesars is one of the partners in what is a multi-phase casino project for Yeongjong, near the South Korean capital Seoul and its Incheon International Airport.

The reason “why casino developers, both foreign and domestic, are turning to Yeongjong is [because of] the rising number of Chinese visitors who have strong purchasing power,” said Mr Lee of the free economic zone, according to the Korea Herald.

The aggregate number of Chinese tourists to South Korea reached 4.7 million in the nine months to September 30, up by about 50 percent from a year earlier, according to data from the Korea Tourism Organisation cited by the newspaper.

Casinos on Yeongjong however will be for foreigners only. South Korea bars its citizens from gambling in casinos except at Kangwon Land, a difficult-to-access location 150 kilometres (93 miles) southeast of Seoul in Kangwon Province.

A recent report from Standard Chartered Equity Research said that the South Korean government’s master plan for new international-standard casino resorts is likely to include up to three more licences for Yeongjong. The casino industry has anticipated the master plan will be published by the end of this year.

The Macau government announced on Thursday the cancellation of a plan for a nucleic acid test requirement every 48 hours for casino workers as a condition of their entry into the workplace, a... END_OF_DOCUMENT_TOKEN_TO_BE_REPLACED