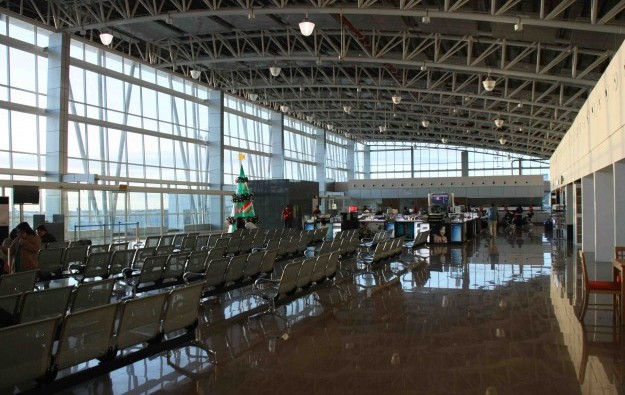 Australia-listed Frontier Capital Group Ltd says it expects the expansion of Clark International Airport (pictured) in the Philippines to help the gaming operation at a nearby casino hotel it plans to acquire.

Frontier Capital told the Australian Securities Exchange on November 6 that it was proceeding with the acquisition of Hotel Stotsenberg and Casablanca Casino in the Clark Freeport Zone, in the Philippines.

“The expansion of the Clark International Airport will drive more visitations to Clark,” said Frontier Capital’s chief operating officer, Ken Wong, in a filing to ASX on Tuesday. The company says its target acquisition is fewer than 2 kilometres (1.2 miles) from the airport.

“Clark is as a safe place to visit, with supporting infrastructure, no traffic congestion, and close proximity to tourist attractions,” added Mr Wong.

A new “low-cost carrier” terminal for airlines offering budget travel is being constructed at the airport. The facility, which has a capital budget of PHP7.2 billion (US$152.7 million), is likely to open in 2016 and add capacity for at least 15 million extra passengers per year, according to a recent statement from the country’s Department of Transportation and Communications.  There are also plans to expand terminal two at the airport and to build a third one.

Frontier Capital said in its Tuesday filing it plans “an aggressive growth strategy to be implemented early 2016 into 2018” for the Casablanca Casino at Hotel Stotsenberg and that key management had already been appointed to implement the strategy. “Forecast numbers are expected to be released shortly,” the firm added.

The company said it plans to add 11 gaming tables to the Casablanca Casino, while the number of slot machines will increase to 250 from the current 190.

A Macau court was offered evidence on Monday, including of recordings from police-wiretapped telephone conversation, that the prosecution says proves the direct involvement of Levo Chan Weng Lin... END_OF_DOCUMENT_TOKEN_TO_BE_REPLACED