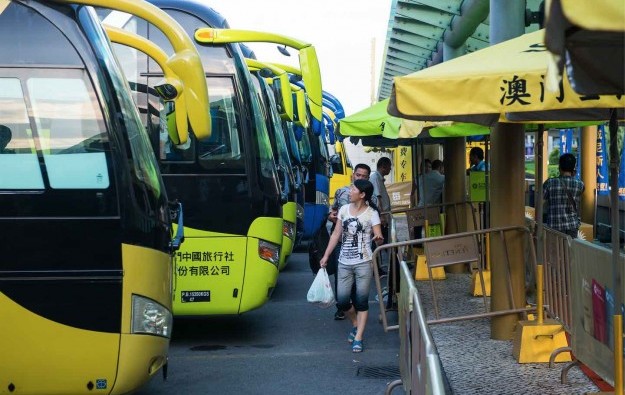 Sands China Ltd is the fourth of Macau’s six casino operators to give an update in recent weeks on policy regarding use of so-called “clean energy” vehicles for its shuttle bus services for customers.

The company – a unit of U.S.-based casino operator Las Vegas Sands Corp – said in a Monday release that a quarter of such vehicles were powered by compressed natural gas, and the firm aimed to have 30 percent of its fleet using “clean energy” by year-end.

“The company introduced clean energy vehicles to its shuttle service in support of the environmental protection strategies of the Macau SAR government, and as a way to proactively contribute to the development of Macau as a green city,” Sands China stated.

In mid-March, the head of Macau’s Transport Bureau, Lam Hin San, noted he hoped that by the year 2023 the city’s six casino operators would be exclusively using what he termed clean-energy vehicles in their customer shuttles. He noted at the time that the local gaming industry had made a commitment to the government that at least 15 percent of the passenger buses run by each casino licensee would be powered by clean-energy sources – either electricity or compressed natural gas – by May 1 this year.

Sands China asserted in its Monday release that it had been the first integrated resort developer in Macau to use compressed natural gas-powered buses when it launched 30 such guest shuttle vehicles in September 2016 for the opening of its Parisian Macao resort on Cotai. The company added that its entire Parisian Macao fleet uses such propulsion.

“Sustainable operations are at the core of our business philosophy, and utilising clean energy vehicles is one of the many ways we work to decrease our carbon footprint and lessen our environmental impact,” said Mark McWhinnie, the company’s senior vice president of resort operations and development, in a prepared statement contained in the release.

Macau casino operator SJM Holdings Ltd announced on April 19 that one of its subsidiaries would introduce what it termed a “new-energy” shuttle bus service in Macau starting from May. The number of such buses would be increased gradually, the firm stated in a press release.

Last week Melco Resorts and Entertainment Ltd said it had purchased 20 electricity-powered buses to serve its Macau properties, starting from May. In March, Galaxy Entertainment Group Ltd stated it had become the first of the city’s gaming concessionaires to launch regularly-scheduled electrically-powered shuttle buses to transport patrons.

The Macau government announced on Thursday the cancellation of a plan for a nucleic acid test certificate requirement with 48 hour validity, for casino staff, casino customers and official visitors... END_OF_DOCUMENT_TOKEN_TO_BE_REPLACED