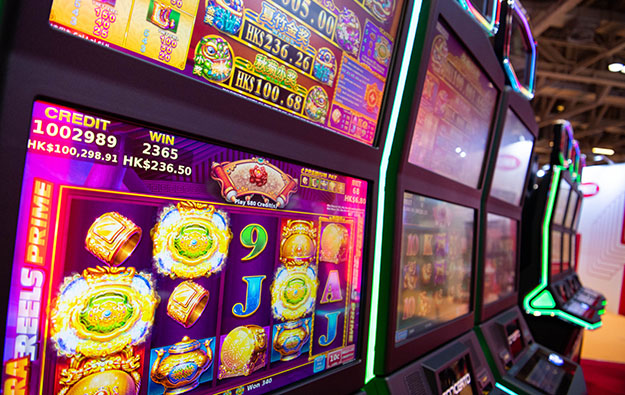 By the end of 2024, all player screens on Macau casino slot machines must be fitted with an intermittently flashing clock showing the local time, GGRAsia has confirmed with the city’s casino regulator.

The requirement is part of the city’s Electronic Gaming Machine Technical Standards version 2.0, which came into force on September 1. The term “electronic gaming machine”, or EGM, is used in Macau to denote casino slot machines. Electronic table games, or ETGs, are covered by separate technical standards.

“The purpose of a clock on the gaming machine is for the promotion of responsible gaming,” said the Macau regulator, the Gaming Inspection and Coordination Bureau – a body also known as DICJ – in an emailed reply in response to GGRAsia’s enquiry.

That was understood to be a reference to the clock acting as a reminder to players, about how much time they are spending on the device.

“All machines will need to be retrofitted with the clock by the end of the year 2024,” the gaming regulator confirmed to GGRAsia.

Starting from this month, the Macau regulator will offer a grace period in which gaming equipment makers will be required to retrofit existing slot machines with the necessary software, and ensure new slot machines supplied to the Macau market will have such a clock feature as standard, by the end of 2024.

As of June 30, the end of the second quarter, the Macau market had 9,871 “slot machines”, according to DICJ data. The gaming bureau confirmed to GGRAsia that the figure included electronic table game terminals as well as slot machines.

The time display on slot machines will be in 12-hour-clock format, in the bottom-right corner of the player main screen, according to the 2.0 technical standards.

The clock must flash at the beginning of each play session, and after that, at least every 10 minutes of the same play session, according to the document.

The 2.0 technical standards also specify that the player screen or other interface points, must not have any hidden touch points or hidden buttons, that affect game play.

That is understood by the industry to be a regulatory response to developments in touchscreen technology.

GGRAsia asked the gaming bureau about its thinking regarding a ban on hidden touch points or hidden buttons on slot machine player screens, but it opted only to quote from the new standards.

The regulator told GGRAsia: “As stated in Section 4.5 (3) of the standards: ‘There shall be no hidden or undocumented touch points or buttons anywhere on the player interface that affect game play and/or that impact the integrity or outcome of the game, except as provided for by the game rules’.”

Only two of Macau’s 18 satellite casinos – the Rio Casino and the President Casino – have closed amid changes to the city’s regulatory system for such properties, and against... END_OF_DOCUMENT_TOKEN_TO_BE_REPLACED