CNMI to give fresh land lease to Saipan casino: report 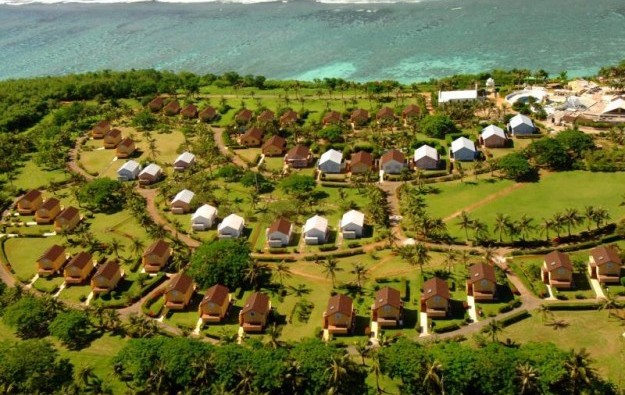 Officials in the Commonwealth of the Northern Mariana Islands – a Pacific territory of the United States – have indicated they intend to award a lease of fresh land to the investors currently operating a temporary casino on the main island, Saipan, states the Saipan Tribune newspaper.

In November it had been reported locally that Best Sunshine International Ltd, a unit of Hong Kong-listed Imperial Pacific International Holdings Ltd – operator of the temporary casino on Saipan, which officially launched on November 27 – was interested in bidding for 160 hectares (395.4 acres) of public land, including an area currently within the boundary of an existing resort and spa called the Mariana Resort and Spa (pictured).

Imperial Pacific has pledged to spend as much as US$7.1 billion on a permanent casino resort on Saipan.

If the new land grant is awarded to the casino investors, it would complete a competitive bid process started in October by CNMI’s Department of Public Lands, reported on Tuesday the Saipan Tribune.

The newspaper added that some of the land in question is currently being used for leisure facilities and a hotel operated by a company called Kan Pacific Saipan, while some lots in the area are vacant.

The newspaper said it had learned that the letter of intent from the Department of Public Lands was dated July 15, and that it came with some conditions attached. The news outlet added it had asked the department for details, but the department had declined to release the letter, citing ongoing negotiations.

Macau’s casino gross gaming revenue (GGR) for the first five days of February is estimated at MOP1.9 billion (US$235.1 million) – or MOP380 million per day – a level that suggests a “45... END_OF_DOCUMENT_TOKEN_TO_BE_REPLACED