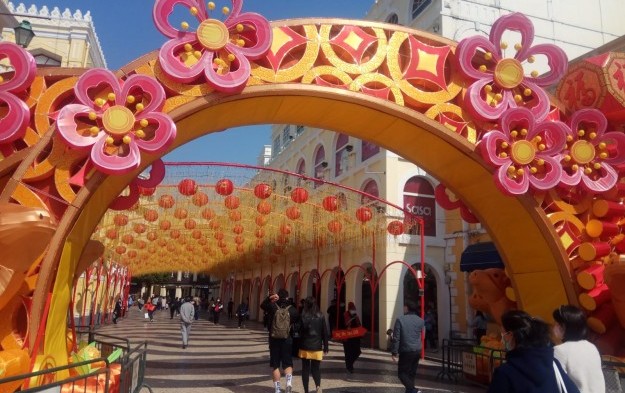 Macau could see on average per day, a lower visitor-arrival tally during the upcoming February Chinese New Year break, when compared to the Christmas-holiday daily average in the December 23 to 27 period inclusive, suggested the Macao Government Tourism Office (MGTO) director, Maria Helena de Senna Fernandes, in comments to local media on Saturday.

“We have estimated that on average, the [daily] visitor arrivals for this year’s Chinese New Year break could turn out to be a bit weaker than for the Christmas holiday period,” said the MGTO director.

The week-long break – linked annually to the lunar calendar and also known as the spring “Golden Week” – is typically a busy period for Macau’s casino resorts and the city’s tourism trade.

This year, a number of local governments in mainland China has urged citizens “to minimise” trips outside their province or city for the upcoming holiday season, as a countermeasure regarding Covid-19, the MGTO boss noted.

Ms Senna Fernandes noted that Macau’s daily average visitor arrivals so far this month has been just above “10,000”, with “better” days recording as many as “20,000”.

Macau saw 659,407 visitor arrivals in December, or a daily average of 21,271 for that month, according to the latest data published by the city’s Statistics and Census Service.

Despite the cautious outlook on the visitor-arrival trend for the Chinese New Year holiday period, the MGTO boss remarked to the press that she hoped to see the city’s hotel occupancy reach “70 to 80 percent” during that holiday period.

She believed that the offers by local hotel operators for the new year break –some of them extended to local residents – could help boost accommodation demand.

The top tourism official also noted that the after the Chinese New Year break, the Macau government would work to negotiate with mainland China authorities for the resumption of package tour trips to Macau.