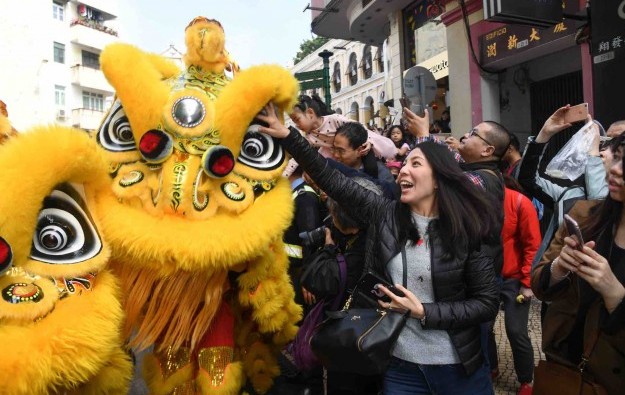 The total number of tourist arrivals to Macau in the seven days of the Chinese New Year holiday, from January 27 to February 2 inclusive, rose by 9.9 percent year-on-year to 935,266.

The first day of the Chinese New Year holiday fell on January 28 this time. While the holiday is calculated via a lunar calendar and the dates vary from year-to-year, the latest numbers – reported by the Macao Government Tourism Office – are judged against the equivalent Chinese New Year period in 2016.

A total of 70.9 percent of the arrivals in the January 27 to February 2 period this year – amounting to 662,814 instances – were by visitors from mainland China, representing a year-on-year increase of 13.8 percent for that group.

According to the tourism bureau, the average rate of year-on-year growth in arrivals picked up in the latter part of the festive period. It rose from an average of 2.4 percent for the January 27 to 29 period.

Casino GGR in Macau rose by 3.1 percent year-on-year in January to MOP19.26 billion (US$2.41 billion), according to data released on February 1 by the city’s regulator, the Gaming Inspection and Coordination Bureau.

“While January came in below expectations, there are plenty of moving pieces,” said a Friday note from analyst Cameron McKnight of brokerage Wells Fargo Securities LLC.

Mr McKnight further stated: “Our proprietary, forward Macau hotel rate survey shows rates at the large Macau hotels are down 40 percent year-on-year this Chinese New Year. This [finding] is an outlier, as our survey had been improving since new hotel supply came online in the autumn.”

Macau’s casino gross gaming revenue (GGR) for the first five days of February is estimated at MOP1.9 billion (US$235.1 million) – or MOP380 million per day – a level that suggests a “45... END_OF_DOCUMENT_TOKEN_TO_BE_REPLACED