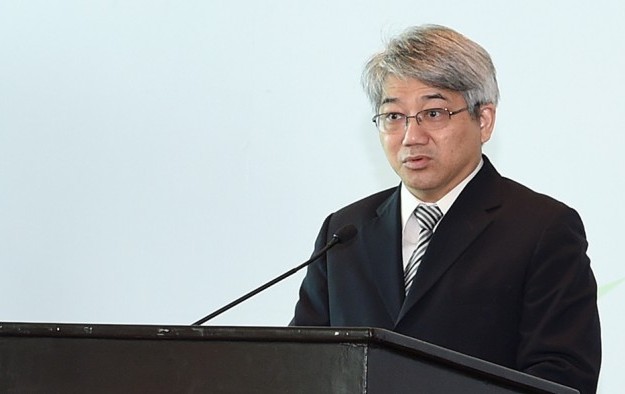 The Macau government and casino operator Melco Crown Entertainment Ltd have different legal views on the interpretation of the latest set of smoking rules, the head of the city’s Health Bureau, Lei Chin Ion (pictured), admitted on Wednesday.

The bureau and Melco Crown are embroiled in a dispute over a smoking area at City of Dreams, the company’s flagship casino resort in Cotai.

The Macau government accuses the company of having transformed a non-smoking area into a smoking area without receiving authorisation from the Health Bureau. Melco Crown said in a press release last week that its operations are compliant with Macau legal requirements and that all its smoking areas have been approved for smoking since 2012 by an executive order from the Macau government Chief Executive.

Since October 6, smoking on casino main floors is only allowed in enclosed airport-style smoking rooms that do not contain any gaming tables or slot machines.

Bureau head Mr Lei on Wednesday confirmed the government had already started “legal procedures” against Melco Crown. He said the gaming operator faced being fined for failing to put up no-smoking signs in the area under dispute at City of Dreams.

Nomura International (Hong Kong) Ltd analysts Louise Cheung and Stella Xing said in a note on Wednesday that “there continues to be uncertainty over the application of the smoking ban as evidenced by the ongoing confusion over the newly converted City of Dreams smoking area.”

They added: “Smoking was permitted when we visited and we had to show a membership card to enter the enclosed area. Other operators are keenly following the outcome to determine if they can pursue the same strategy.”

Macau mass-market casino gross gaming revenue (GGR) for the recent Chinese New Year (CNY) holidays could have recovered to at least 60 percent of that for the 2019 break, when the festivities were in... END_OF_DOCUMENT_TOKEN_TO_BE_REPLACED