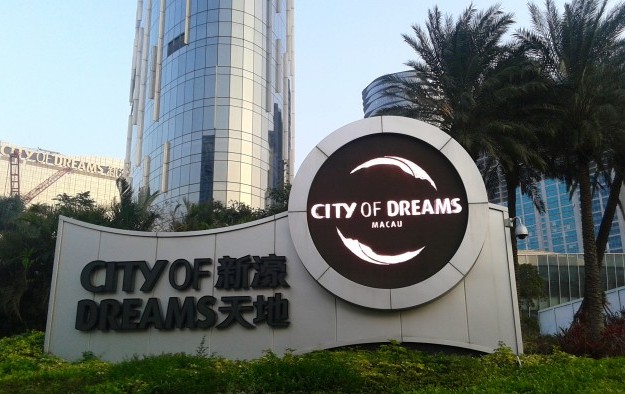 The expanded retail arcade at Macau casino resort City of Dreams (pictured) is due to open by the middle of this year, confirmed Lawrence Ho Yau Lung in an interview with Hong Kong’s Chinese-language subscription channel Now TV.

Mr Ho, co-chairman and chief executive of casino operator Melco Crown Entertainment Ltd, said he was “satisfied” with the progress regarding the leasing of shops in the new development.

Mr Ho also said that his firm would enhance the proportion of retail business in its non-gaming offerings. Non-gaming is a hot topic in Macau, as the government seeks to diversify the local economy and shift the city’s traditional dependence on hardcore, often high stakes, gambling. Part of the reason is that such gambling has diminished in scope, coinciding, investment analysts say, with China’s ongoing anti-graft campaign.

Melco Crown had recently upped the amount of shopping space in its Macau operations with the October opening of Studio City. The mass-market focused casino resort – 60-percent owned by Melco Crown – is at the opposite end of the Cotai Strip to City of Dreams.

Studio City has a mall called ‘The Boulevard at Studio City’ which covers 35,000 square metres (377,000 sq feet). It is a collaboration by Studio City International Holdings Ltd – a company in which Melco Crown has a 60-percent interest – and Taubman Asia, a subsidiary of U.S. mall specialist and real estate investment trust Taubman Centers Inc.

Studio City also has non-gaming attractions including a figure of eight-shaped Ferris wheel said to be Asia’s highest; and a virtual reality ride called ‘Batman Dark Flight’, based on the DC Comics character and Hollywood film franchise.

Brokerage Sanford C. Bernstein Ltd said in a note on Wednesday that it viewed Studio City as “a critical driver in expanding Melco Crown’s positioning on mass [customers], and to unlock Melco Crown’s stock value”.

Another positive for Melco Crown’s share value is that its properties “remain competitive” in a difficult Macau gaming market, in particular the flagship property City of Dreams, noted Sanford Bernstein analysts Vitaly Umansky and Simon Zhang.

They added that the most significant positive catalyst for Melco Crown’s shares would be the casino operator’s potential acquisition of the 40 percent interest held by New Cotai LLC in Studio City. New Cotai is controlled by funds managed by United States-based investment firms Silver Point Capital LP and Oaktree Capital Management LP.

During the fourth quarter earnings call of Melco Crown on February 18, Mr Ho had said the company expected the new mall at City of Dreams to open before the launch of market rival Wynn Macau Ltd’s neighbouring Wynn Palace resort. That is due to open on June 25.

Mr Ho also said on the earnings call that the under-construction fifth hotel tower at City of Dreams, known as ‘Tower D’, and designed by award-winning architect Zaha Hadid, would be “opened in 2018”.

Melco Crown stated in a press release in March 2014 that the fifth tower at City of Dreams would have 40 floors and a gross floor area of 150,000 sq ms, containing approximately 780 guestrooms, suites and villas.

The imminent return of package tours from mainland China will not only help boost Macau’s tourism businesses, but is also expected to help casinos gain more foot traffic in their mass gaming... END_OF_DOCUMENT_TOKEN_TO_BE_REPLACED