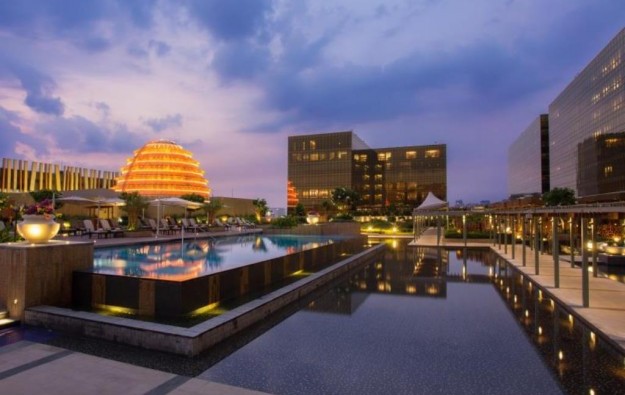 The Philippines’ Belle Corp reported a 59 percent increase in its share of gaming earnings from casino resort City of Dreams Manila (pictured) during 2017. Belle Corp receives a share of the gaming income via its 78.7-percent owned subsidiary, Premium Leisure Corp.

Such earnings rose to PHP2.6 billion (US$50.1 million), from PHP1.6 billion a year earlier, Belle Corp said in a press release filed with the Philippine Stock Exchange on Friday.

City of Dreams Manila is operated by a unit of Asian casino investor Melco Resorts and Entertainment Ltd.

“This record performance was driven primarily by growth in gaming revenues,” the group said in its press release.

Belle Corp’s real estate business contributed PHP3.1 billion in revenues, up 10 percent from PHP2.8 billion in 2016. Of this, PHP2.3 billion came from Belle Corp’s lease to Melco Resorts and Entertainment (Philippines) Corp of the land and buildings comprising City of Dreams Manila.

In late February, Belle approved a regular dividend of PHP0.12 per share, for a total dividend payment of approximately PHP1.3 billion, due on March 23 to shareholders of record as of March 9.

Macau is entering a “new phase” in its approach to dealing with Covid-19, said on Thursday the official in charge of health policy, after nearly three years that has seen the tourism and casino... END_OF_DOCUMENT_TOKEN_TO_BE_REPLACED