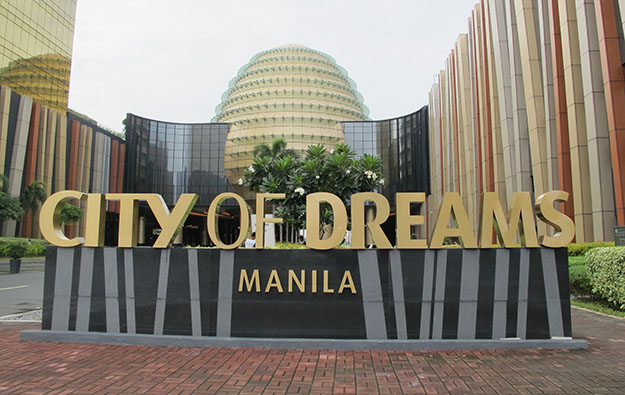 The City of Dreams (CoD) Manila casino resort is preparing to reopen its gaming venue “at 30-percent operational capacity,” stated on Friday Hong Kong-listed Melco International Development Ltd. The company said casinos licensed by the country’s casino regulator, the Philippine Amusement and Gaming Corp (Pagcor), that are in areas covered by the so-called general community quarantine, would be able to resume limited operations.

Melco International is the parent of United States-listed casino operator Melco Resorts and Entertainment Ltd. The latter runs gaming and hotel operations in Macau, the Philippines and Cyprus.

“On 24 August 2020, the Philippine government allowed Pagcor-licensed casinos in areas covered by the general community quarantine to operate at 30-percent operational capacity,” said the casino investor in commentary accompanying its first-half results.

“City of Dreams Manila is preparing for the resumption of its normal operations in accordance with the terms and conditions of this new guideline,” it added.

The Metro Manila area, encompassing the Philippine capital’s large-scale casino resorts, had its Covid-19 lockdown status eased back to general community quarantine, with effect from August 19, until at least August 31 inclusive.

Casino complexes in the Metro Manila area have been closed since mid-March due to the pandemic. But these properties had been allowed to conduct so-called “dry runs” of casino operations. According to financial results filed by the respective operators of Solaire Resort and Casino, and the City of Dreams Manila, and Resorts World Manila casino complexes, such dry runs generated the equivalent of millions of U.S. dollars in the second quarter, during the general community quarantine period.

Melco International saw its net revenues decrease by 65.6 percent year-on-year, to HKD7.68 billion (US$991.2 million) in the first half of 2020. The company posted a loss of HKD7.06 billion for the period, with about HKD3.78 billion attributable to its shareholders.

The group recorded negative adjusted earnings before interest, taxation, depreciation and amortisation (EBITDA) of HKD886.2 million, compared with a positive result of HKD6.40 billion in first-half 2019. The company’s board did not recommend the payment of an interim dividend.

Melco Resorts reported earlier this month a US$368.1-million loss for the second quarter, amid Covid-19.

Lawrence Ho Yau Lung, chairman and chief executive of Melco International, said in remarks contained in its results filing: “Despite the pandemic-derived travel bans, restrictions and quarantine requirements have adversely affected the performance of gaming revenues, we are excited to see some early signs of returning to normal operations in our integrated resorts.”

The executive highlighted the resumption of Individual Visit Scheme (IVS) exit visas in mainland China, saying that the group hoped that was a sign of “the eventual resumption of the pre-Covid travel between Macau and China”.

Guangdong residents beyond Zhuhai can since August 26 apply for IVS exit visas, while IVS applications for residents of designated cities in the rest of China will restart on September 23.

Mr Ho said previously that the recovery of Macau’s gaming market to pre-Covid-19 levels was likely to take longer than initially expected, saying that such recovery was going to be “gradual”, not V-shaped.

In Friday’s filing, Melco International also said the group was progressing with the revamp of the City of Dreams complex in Macau. It now expected the “fully renovated” Nüwa hotel tower “to reopen by year-end.”

The Macau government is willing to keep the current ‘status quo’ in terms of cross-shareholding in gaming operators, scrapping a previous proposal that would prevent any shareholder with a stake... END_OF_DOCUMENT_TOKEN_TO_BE_REPLACED