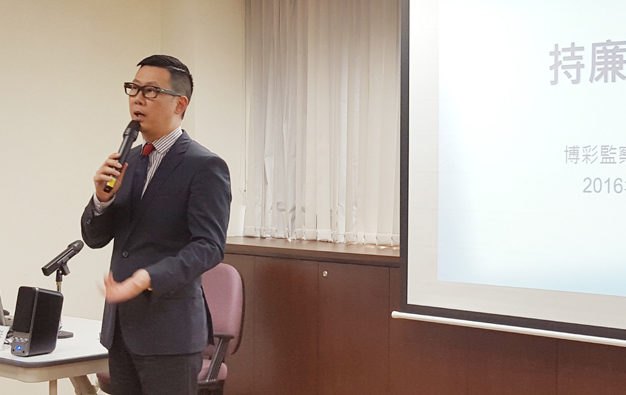 Mr Chan said the government has already reached a “preliminarily consensus with different social parties,” reported public broadcaster TDM. The report did not identify the participants in the discussions.

The head of the city’s gaming regulator said however that more time was needed to collect additional opinions from the public, especially from casino workers.

Mr Chan made the comments on Tuesday during an event at the University of Macau promoting responsible gambling.

The government had mentioned in June the possibility of introducing changes to the law that regulates who can enter, work and gamble in the city’s casinos.

The city’s gaming regulator had said in a statement in June that representatives from 11 Macau casino worker groups broadly backed the government’s plan.

On Tuesday, Mr Chan said that despite the preliminary consensus, other measures have to be considered before amending the existing law, including how such a ban would be enforced.

“It’s not decided yet. We’re still collecting the opinions of the public in particular the [casino] dealer community … We have to see what is going on and we have to collect the ideas of the various parties involved,” Mr Chan was quoted as saying.

More than 500 people are still inside the Grand Lisboa casino hotel after the complex was locked down on Tuesday by the local authorities, said an official during a Wednesday afternoon briefing on... END_OF_DOCUMENT_TOKEN_TO_BE_REPLACED