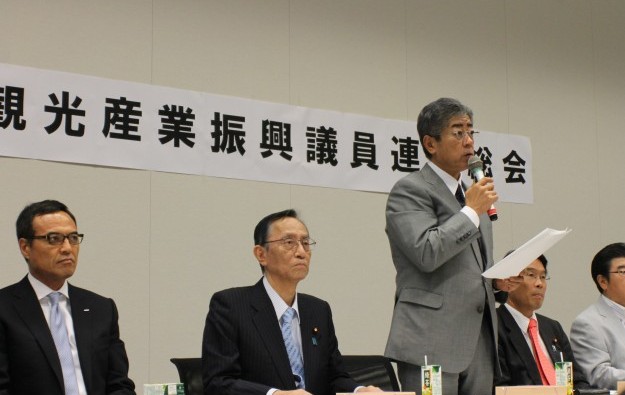 Any attempt to make Japan casino resorts for foreigners-only would be “constitutionally suspect” a cross-party panel of Japanese lawmakers reportedly heard on Thursday.

Mr Tsuruoka told GGRAsia: “The IR limited to foreign nationals introduced in some foreign countries was discussed, but the IR caucus judged that ‘the casino for exclusive use of the foreign nationals’ is constitutionally suspect.

“While an IR’s prerequisite condition is to attract foreign tourists and exclusion of Japanese is not the purpose, a commitment to ‘establish the admittance range for the citizen and take necessary measures’ to impose certain restraint against Japanese citizens,” was made at the meeting said Mr Tsuruoka.

The devil however could still be in the detail in terms of what the full body of Japanese lawmakers in the country’s parliament regard as “necessary measures”.

So far the signals have been mixed, indicating the likely horse trading that would be needed to pass the first enabling bill, legalising the principle of casino resorts before the end of the current parliamentary session on November 30.

According to earlier media reports from Japan, on October 7 the chairman of a bipartisan grouping of lawmakers set up to handle the IR Promotion bill (the first of two bills) suggested it might be watered down to make such resorts for foreigners-only.

This was said to be in order to gain the support of two minority parties. They are the centre-right Komeito, which is supported by Japan’s influential Buddhist social movement Soka Gakkai, and the centrist Democratic Party of Japan.

On October 10 Reuters reported that the first bill to legalise the principle of casino resorts would not include a provision to ban locals. But the news agency said that Japan’s pro-casino lawmakers had agreed to consider setting limits on Japanese nationals’ entry to gaming venues, which could boost chances that the bill will be passed this year.

“The government, for the purpose of preventing the negative effects of casino facilities by non-foreign visitors, will take necessary measures regarding admittance and capacity…,” said an amended section of the bill, a draft of which was shown to reporters on Thursday, Reuters reported.

Sheldon Adelson, chairman of global casino operator Las Vegas Sands Corp and a leading proponent of large scale casino resorts in Japan as a driver of international tourism expansion and general economic growth, was asked about the issue of foreigners-only during the conference call for his firm’s third quarter results on Wednesday.

“From our standpoint, I will say that we will not be interested in Japan or any other country on a foreigners only basis. We can’t do that. Our business model won’t allow it,” Mr Adelson stated.

Macau casino operator MGM China Holdings Ltd had a “record” market share in January, and its venues were the “highest-earning businesses” in the portfolio of the majority owner MGM Resorts... END_OF_DOCUMENT_TOKEN_TO_BE_REPLACED