Construction of CoD Mediterranean to begin in April: firm 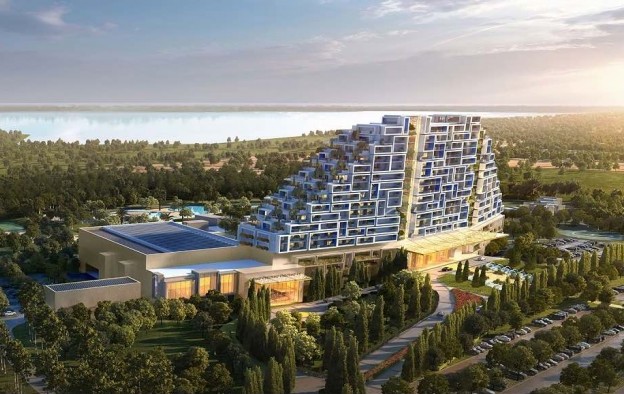 The promoters of City of Dreams Mediterranean, the main Cyprus casino resort planned by Melco International Development Ltd for the European holiday destination, have selected the main contractors for the project. The choice, Avax – Terna JV, is said to be a joint venture 60 percent owned by Avax SA and 40 percent owned by Terna SA.

Construction on the 37-hectare (91.4-acre) site in Limassol on the south coast of the country is “set to begin in early April 2019 and is scheduled to be completed within 2021,” said Melco International in a Tuesday press release.

The release quotes Lawrence Ho Yau Lung, chairman of Melco International, as saying: “I am confident given the experience and success of both parties to the joint venture, that Avax – Terna will deliver the project to the highest construction standards and will enable us to bring an extraordinary integrated casino resort to Cyprus.”

Melco International is the main shareholder of Asian casino developer Melco Resorts and Entertainment Ltd. The Limassol scheme shares the same “City of Dreams” branding as casino resorts operated by Melco Resorts in Macau and the Philippines

Cyprus media reports on Tuesday stated that the budget for the City of Dreams Mediterranean property (pictured in an artist’s rendering) remained at EUR550 million (US$617 million).

Melco International said the casino at the property would have “over” 100 tables and 1,000 slot machines, and the 16-storey step pyramid-style hotel tower would provide 500 rooms.

According to the release, the scheme will create an estimated 4,000 “local job opportunities” during the construction phase and approximately 2,400 permanent jobs once it is fully operational.

Melco International said that after the second year of operation, the casino resort was expected to contribute approximately EUR700 million per year to the Cyprus economy, amounting to around 4 percent of the country’s annual gross domestic product.

The release didn’t specify if that was either a general aspiration or an actual pledge made by the scheme promoters to the government of the Republic of Cyprus, which controls the southern portion of the Mediterranean island.

In June 2017 the Republic of Cyprus gave a 30-year casino licence to a consortium involving Melco International called Integrated Casino Resorts Cyprus Ltd. The initial single Cyprus licence allows the holder to build as many as four satellite casinos in addition to the main property.

In advance of the main Limassol resort, an interim facility dubbed by the promoters C2 Limassol, was launched in June last year.

The consortium opened two satellite casinos in December last year, namely in Nicosia, the capital city, and at the Larnaca International Airport, near the port city of Larnaca on the south coast of Cyprus. Satellite casinos are also due to open at Paphos and the popular clubbers’ destination Ayia Napa this year.

Most of Macau’s casino operators are likely to generate positive free cash flow in the first quarter, given the robust recovery level of mass-market gross gaming revenue (GGR) in January, relative... END_OF_DOCUMENT_TOKEN_TO_BE_REPLACED