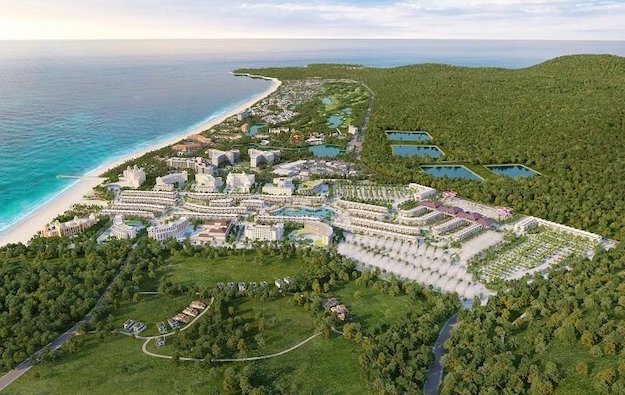 Vietnam-based conglomerate Vingroup Group is officially launching on April 21 its Phu Quoc United Center on Phu Quoc island, Vietnam, the company announced. The large-scale entertainment and leisure complex covers more than 1,000 hectares (2,471 acres) and includes a number of attractions, some already in operation. Among the latter is the Corona Resort and Casino, Vietnam’s first casino to allow eligible locals to gamble, opened in January 2019.

The Phu Quoc United Center project involves a total investment of more than US$2.8 billion, according to Vingroup. The promoter said in a press release issued on Tuesday that the complex was being “developed under the ‘all-in-one’ model”, i.e., featuring different forms of leisure and entertainment. It will connect to the existing VinWonders Phu Quoc amusement park, opened in stages by Vingroup starting from April 2020.

Vingroup stated it aimed to make Phu Quoc a “new international destination” in Asia through its latest development.

Other attractions part of the Phu Quoc United Center include: a number of different hotels with an aggregate offer of more than 10,000 rooms; the Vinpearl Safari “semi-wild animal conservation park”; the 18-hole Vinpearl Golf Course; a shopping and entertainment hub called Grand World; and a medical facility.

“This is also the only place in Vietnam where visitors can spend all night long at the first five-star casino open to Vietnamese people,” Vingroup stated in its release. “With 1,000 slot machines and 100 game tables and integrated with a 600-seat theatre, the Corona Casino is comparable to famous casinos in the world,” the conglomerate added.

The Corona Resort and Casino is promoted by Phu Quoc Tourism Investment and Development Company JSC. The latter is a Vietnamese property development and real estate firm controlled by Vingroup.

Vingroup is reportedly also linked to a potential casino resort project in Vietnam’s Khanh Hoa province. Provincial authorities are seeking approval from the country’s top leadership for the scheme – with an investment value of more than US$2 billion – to be developed on Hon Tre, a coastal island near Khanh Hoa’s provincial capital, Nha Trang, according to local media reports.

Hospitality firm Vinpearl Co – part of Vingroup – is said to be one of the backers, according to local media outlets Tuoi Tre News and VnExpress.

A Macau court was offered evidence on Monday, including of recordings from police-wiretapped telephone conversation, that the prosecution says proves the direct involvement of Levo Chan Weng Lin... END_OF_DOCUMENT_TOKEN_TO_BE_REPLACED