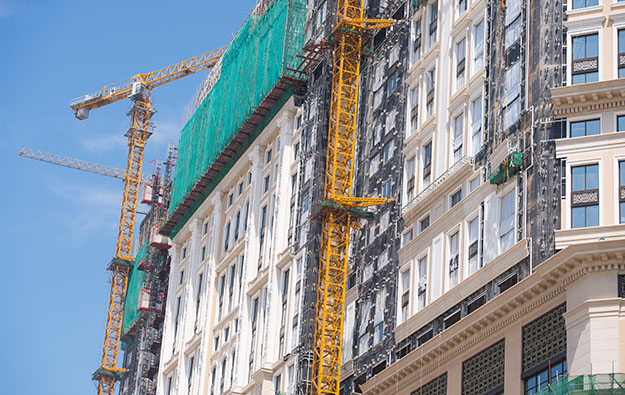 The opening of the Grand Lisboa Palace (pictured in a file photo) casino resort project in Macau’s Cotai district will help casino operator SJM Holdings Ltd regain share in terms of the city’s gaming earnings, says Ambrose So Shu Fai, the group’s long-standing chief executive. The opening is due in the second half, 2019, the firm has said.

The casino operator has seen a continuous decline in its share of Macau casino gross gaming revenue (GGR) for consecutive years from 2011 to 2017, according to the group’s annual reports.

Mr So gave the commentary on reclaiming market share when speaking to the media following SJM Holdings’ annual general meeting in Hong Kong on Tuesday.

SJM Holdings’ position among the six casino operators has dwindled annually from a leading 29 percent in 2011 to 16.1 percent in 2017, according to the firm’s annual reports.

The last time that SJM Holdings reported an increase in market share was in 2010 – when it claimed to have 31.3 percent of Macau GGR, making it at that time the market leader among the city’s six operators.

When asked on Tuesday about likely new-to-market live-dealer gaming table allocation from the Macau government for the HKD36-billion (US$4.6-billion) Grand Lisboa Palace – the firm had previously stated the venue can accommodate as many as 400 live gaming tables – Mr So said it was a question of “the more new gaming tables, the better”. He observed that other Macau operators opening new Cotai resorts in the past few years had been granted in the range of “120 to 150” new gaming tables for those properties.

SJM Holdings is the last of Macau’s gaming concessionaires to build a venue in Cotai, a land reclamation zone some distance from the city’s traditional downtown gaming district. Some of SJM Holdings’ market competitors have already embarked on expansion plans for Cotai resorts that opened either only months ago or a few years ago. Expansion of hotel capacity has been a focus for new investment.

In his Tuesday remarks, Mr So reiterated Grand Lisboa Palace was expected to open “in the second half of 2019”. At a company event last week, the SJM executive flagged that not all of the facilities at the Cotai site might be ready by the time of the slated initial opening.

Upon completion, Grand Lisboa Palace is to include hotel towers with the respective branding “Grand Lisboa Palace”, “Palazzo Versace” and “Karl Lagerfeld”. In aggregate they will provide approximately 2,000 rooms, SJM Holdings noted in its annual report for 2017 filed in April.

Following SJM Holdings annual general meeting on Tuesday, Mr So was confirmed as a vice-chairman of the group as well as continuing in the role of CEO.

Macau’s health authorities said on Sunday that they would require all people wishing to enter the city’s casinos not only to have their body temperature measured and to display a... END_OF_DOCUMENT_TOKEN_TO_BE_REPLACED