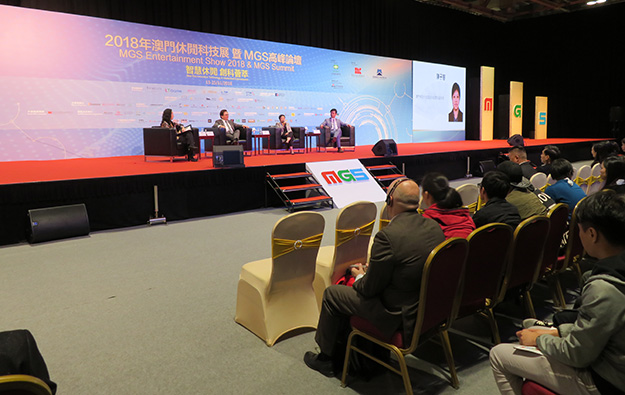 “Different projects will have different start dates, but the first project start date will probably be immediately after the [Chinese] New Year,” Mr Wong told reporters on Wednesday, on the sidelines of a conference panel at MGS Entertainment Show 2018, an event taking place at casino resort Venetian Macao until Thursday.

In October last year, U.S.-based Las Vegas Sands Corp – the parent firm of Sands China – said it would spend US$1.1 billion over the following three years on its Macau infrastructure, with the bulk of that figure – approximately US$700 million – to be used for rebranding the Sands Cotai Central property into the Londoner Macao. The latter will be themed around London and will feature replicas of a number of iconic tourist attractions in the European city.

Last month, Las Vegas Sands said in an investor presentation that it was almost doubling the amount it would invest in the Londoner Macao reconversion, to a total US$1.35 billion. It also said works would start in “2019” rather than the “late 2018” previously mentioned by the group, with “phased completion throughout 2020 and 2021”.

Mr Wong said on Wednesday that the increase in investment to reconvert the Sands Cotai Central property was related to “an increase in the scope of the works”.

He added: “We felt there was a need to upgrade some of these refurbishments in order for us to remain competitive. Don’t forget that when the Sands Cotai Central is turned into the Londoner, it will be two years away, so we are really looking ahead [when planning].”

Mr Wong was also asked by reporters about the refreshment of Macau’s existing gaming rights when the current contracts expire on various dates between 2020 and 2022, namely whether the current non-Chinese operators could be at a disadvantage compared with those controlled by Chinese investors.

“I am not going to speculate on what the tender requirements would be,” Mr Wong replied. “I have full confidence and faith in the Macau government to treat everyone fairly. We are confident.”

Mr Wong’s comments were made after he participated in a panel discussion at the MGS Summit, focused on how Macau’s casino operators could help local small- and medium-sized enterprises (SMEs) develop.

“While we are very happy to place orders with the SMEs, to procure locally, it is very important in this day and age, when there is global competition, for them to stand on their feet,” he said, urging local firms to become more competitive and not only rely on the support of the casino sector.

The decision by the Macau government to grant fresh 10-year licences to each of the city’s six incumbent casino operators has been welcome by top management at those firms. Each of the concessions... END_OF_DOCUMENT_TOKEN_TO_BE_REPLACED