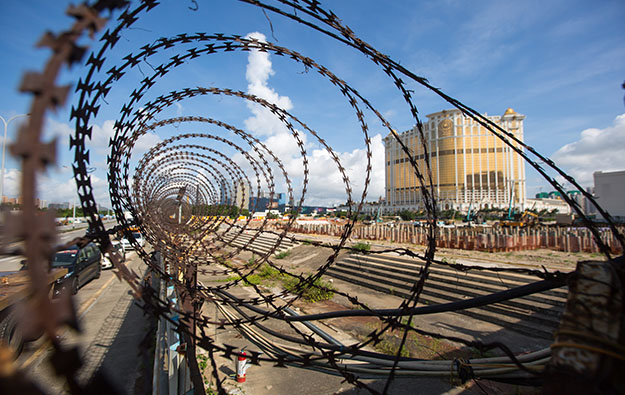 The first stage of Phase 3 for casino resort Galaxy Macau could be ready by the end of 2019, said on Wednesday Francis Lui Yiu Tung, the deputy chairman of its promoter Galaxy Entertainment Group Ltd.

The firm’s current Macau gaming concession is due to expire in 2022. Mr Lui was speaking on the sidelines of a press conference in Hong Kong, called following publication of the group’s fourth-quarter and full-year 2017 results. The company reported annual profit up 67 percent year-on-year.

Mr Lui reiterated in his sidelines remarks the group’s stated willingness to spend up to HKD50 billion (US$6.4 billion) on Phases 3 and 4 of Galaxy Macau, a so-called integrated resort that had a Phase 1 launch in 2011. He was asked about the firm’s ambitions to build a non-gaming facility on Hengqin Island, a piece of mainland China’s territory next door to Macau, and about Galaxy Entertainment’s stated ambitions for a Japanese casino licence, but added little to what the group had already said publicly.

Galaxy Macau Phase 3 and 4 would house additional casino space and more than 4,500 extra hotel rooms, said Mr Lui. The firm currently does not have plans to fund these two new phases via equity financing, the executive also noted.

“We hope that by the end of 2019, we can see stage one of Phase 3 completed. That would have extra casino space and also entertainment facilities, including a large-scale arena that can house 16,000 seats like those that you see in Hong Kong and [elsewhere in] Macau,” stated the executive.

He added there would also be at that stage a “highly-anticipated” centre for meetings, incentives, conferences and exhibitions (MICE). The company has talked for some time about ambitions for such facilities. Mr Lui said such events were likely to benefit from the arrival of “more customers as the Hong Kong-Zhuhai-Macau Bridge is open for traffic”.

When asked about the number of stages for Phase 3, Mr Liu did not give further details but confirmed that Phase 3 would have 1,500 hotel rooms as well as some casino space.

“For Phase 4, that we are [also] starting works on, we hope that it can bring around 3,000 rooms… In Phase 4, we hope that we can bring more novel, technology and leisure elements that can help us to expand our presence,” said Mr Lui. He emphasised that Phase 4 of Galaxy Macau would be largely focused on non-gaming.

Mr Lui remarked that the coming two phases would not be “a replication” of Phase 1 and Phase 2 – the latter of which launched in May 2015 – albeit the firm had been “successful” with those two Cotai developments.

“Currently we don’t have any plans for [additional] financing,” said Mr Lui. “At hand we have more than HKD30 billion deposited in banks. And we don’t have debts. So if we are doing any bank financings, I believe it will be of great flexibility,” he added.

As at December 31, 2017, Galaxy Entertainment’s cash and liquid investments amounted to HKD41.4 billion and its net cash position stood at HKD31.7 billion, according to its annual results.

Mr Lui also briefly talked about the group’s plans for a casino resort on the central Philippine island of Boracay. The firm had announced in December that such investment would be done in partnership with Philippines-based Leisure and Resorts World Corp; a company that has several interests in the land-based and online gambling sectors in that country.

The Galaxy Entertainment executive described the proposed Boracay resort as an “eco-friendly”, “low-density” tourism project, with an investment budget of US$500 million.

“Galaxy Entertainment is successful because we have been more engaged in Macau…but at the same time we feel that with our financial strength, our influence and customers’ demand, we can expand our businesses. Following the warming of relations [between Philippines and China], there are business opportunties. And Boracay is our first try,” Mr Lui remarked.

Mr Lui also mentioned the group had a representative office in Tokyo. “We have been incessantly working on market research, promotions, and contacts building. This year, the Japan government may speed up so we are also stepping up our preparation, in hope that… if this year the government has started the bidding process, we are fully prepared for it,” he stated.

Regarding Hengqin, Mr Lui reiterated a comment he made during the casino industry trade show and conference Global Gaming Expo Asia 2017, held in Macau, where he called, among other things, for easing of travel formalities between Macau and Hengqin.

“We hope that for Hengqin and Macau, access can be fully open in terms of tourists, transport and information. We hope that the two governments can understand the tourism resources of the two places can be integrated to benefit both parties,” he stated in his Wednesday comments.

Most of Macau’s casino operators are likely to generate positive free cash flow in the first quarter, given the robust recovery level of mass-market gross gaming revenue (GGR) in January, relative... END_OF_DOCUMENT_TOKEN_TO_BE_REPLACED