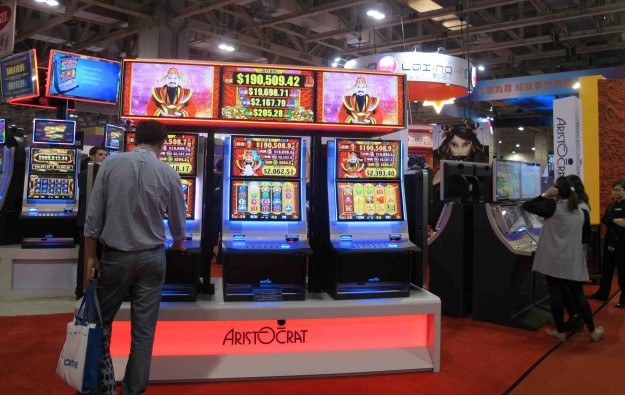 The third edition of the Macao Gaming Show (MGS) 2015 starts on Tuesday, November 17, and runs until November 19 inclusive.

Macao Gaming Show is a trade exhibition for casino technology suppliers and is organised by the Macau Gaming Equipment Manufacturers Association. The show and its accompanying conference will be held at CotaiExpo at the Venetian Macao.

The exhibition segment will include a return of the Slot Experience Center, a popular feature of the 2014 show.

Gaming machine exhibitors have been invited to install some of their products in the center, and the show’s organisers will invite guests including valuable casino players, casino operators’ slot directors and casino managers to play the products and give their feedback to the suppliers.

The trade exhibition at MGS 2015 will feature six main themes. They are: gaming equipment and accessories; gaming promoters (i.e. junkets) and VIP clubs; casino fixtures and fittings; promotional services and memorabilia; food and beverage; and entertainment and performance.

The conference portion of MGS 2015 – the Macao Tourism and Culture Summit 2015 with Gaming Topics – will include a panel on the morning of day one about how Macau’s tourism development relates to Chinese central government policy, including the “One Belt, One Road” initiative of President Xi Jinping.

Day two of the summit will include panel discussions on lessons to be drawn from the development of Las Vegas gaming, and one on banking and finance in the casino industry. The contributors will include experts from banking and finance, namely: Christopher Jones, managing director and head of equity research in North America for Union Gaming Group LLC; Grant Govertsen, managing partner at Union Gaming Research Macau Ltd and analyst at Union Gaming Securities Asia Ltd; and Karen Tang, managing director and head of Asia gaming and hotels research at Deutsche Bank AG. Among those representing the casino industry will be Robert McBain, chief financial officer at Macau gaming operator SJM Holdings Ltd.

Day three will feature panels about: gaming machines and their role in moderating casino overheads; emerging and potential casino markets, including Japan; and the issue of the refreshment or renewal of the gaming rights of the existing six Macau operators. Contributors that day will include:  Zeng Zhonglu, professor at the Gaming Teaching and Research Centre of Macao Polytechnic Institute; Mikio Tanji, chairman of Gaming Capital Management from Tokyo in Japan; and Pedro Cortés, a senior partner at Macau law office Rato, Ling, Lei and Cortés and lecturer at the Chinese University of Hong Kong.

Paradise Co Ltd, an operator of foreigner-only casinos in South Korea, reported casino revenue of nearly KRW48.65 billion (US$39.8 million) for January 2023, according to a Thursday filing to the... END_OF_DOCUMENT_TOKEN_TO_BE_REPLACED