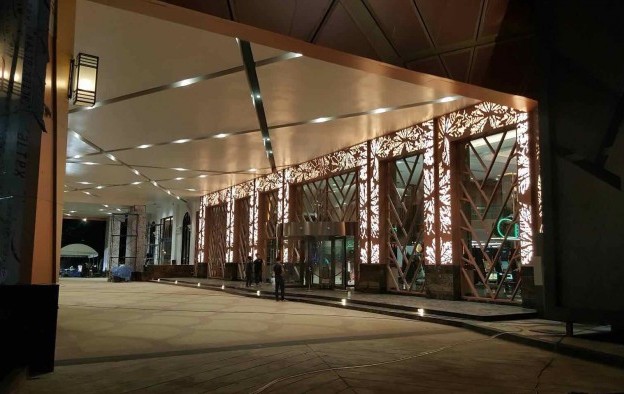 A court in the Australian state of New South Wales has extended an order preventing three Thai shareholders in Australian-listed casino operator Donaco International Ltd from selling their shares.

Donaco told the Australian Stock Exchange on Friday the New South Wales Supreme Court had extended the order until November 2.

The company informed the stock exchange on April 3 that the order prevents the shareholders or their representatives from selling or otherwise disposing of their stock until the end of an arbitration in Singapore, initiated by Donaco, and the payment of any damages. Donaco is claiming damages of US$120 million.

Donaco says each of the three shareholders held Thai and Cambodian passports. The company has identified the trio by their Thai names: Somboon Sukcharoenkraisri, Techatut Sukcharoenkraisri and Bhuvasith Chaiarunrojh.

Donaco says they owned about 148 million shares in the company, about 17.9 percent of the issued capital. The trio sold the Star Vegas casino in the Cambodian city of Poipet, near the Thai border, to Donaco in 2015 for US$360 million.

Friday’s filing didn’t specify the nature of the dispute. But separate Donaco filings have outlined that the firm had a deal with the Thai vendors of Star Vegas for Donaco to oversee – on an operate-only basis starting in September 2016 – a neighbouring property called Star Paradise, controlled by the same Thai vendors.

In mid-September 2017, Donaco stated it had issued a “cease and desist” letter to those on the Thai vendors’ side. Donaco claimed they were still operating the Star Paradise in competition to Donaco’s Star Vegas venue – and in defiance of a non-compete agreement – even after a deal for Donaco itself to run Star Paradise expired and was not renewed.

In late December, a Cambodian court issued an interim injunction to close Star Paradise. According to Donaco’s ASX filing relating to that order, the Cambodian court had given the defendants the option of deferring execution of the injunction, by depositing a guarantee of US$360 million.

Donaco makes most of its gaming revenue by exploiting the patchwork approach to regulation in Southeast Asia. The Star Vegas draws many patrons from Thailand, where casinos are banned. Its Aristo International Hotel in Lao Cai in Vietnam, near the Chinese border, draws many mainland Chinese players, where casino gambling is illegal except in Macau.

Macau’s health authorities said on Sunday that they would require all people wishing to enter the city’s casinos not only to have their body temperature measured and to display a... END_OF_DOCUMENT_TOKEN_TO_BE_REPLACED