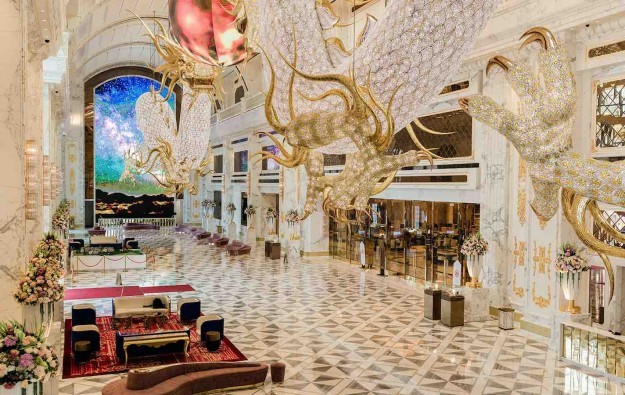 The Superior Court of the Northern Mariana Islands has dismissed an appeal from casino promoter Imperial Pacific International Holdings Ltd regarding the suspension of its gaming licence for the United States jurisdiction of Saipan.

The Saipan Tribune newspaper reported that the court ruling, published on Wednesday, affirmed the decision from the Saipan gaming regulator, the Commonwealth Casino Commission, to suspend Imperial Pacific’s casino licence and impose penalties on the group.

In April last year, Hong Kong-listed Imperial Pacific confirmed that its casino licence had been suspended, and that its local operating unit had been ordered to pay outstanding fees amounting to US$18.6 million, and a fine of US$6.6 million.

Casino operations at the Imperial Palace Saipan casino resort (pictured in a file photo) have been paused since mid-March 2020, according to previous corporate information.

In Wednesday’s ruling, the judge said the court found there had been no error of judgment from the gaming regulator with regards to the suspension of Imperial Pacific’s exclusive casino licence, said the Saipan Tribune.

“Therefore, in short, the Casino Commission’s decision was not arbitrary, capricious, an abuse of discretion or, not in accordance with law,” he reportedly added.

Macau is to create distinct zones on its casino floors and designated gambling chips that will be solely for the use of players from overseas. The moves will be part of a new gaming tax system to... END_OF_DOCUMENT_TOKEN_TO_BE_REPLACED