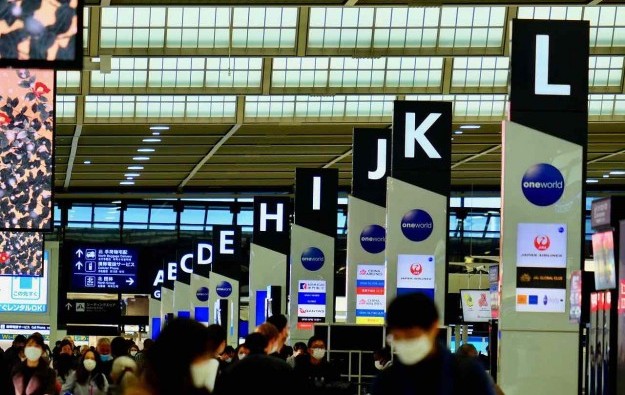 The Covid-19 pandemic is unlikely – for now – to affect the timetable of Japanese local governments seeking private-sector partners for a tilt respectively at having a casino resort in that country.

So said a number of industry commentators in response to enquiries from GGRAsia on the matter.

“The largest immediate challenges are at the local level in cities like Yokohama as they desire public input into their process,” said Brendan Bussmann, a partner at casino industry consultancy Global Market Advisors LLC and its director of government affairs.

The presence in Japan of the coronavirus-related illness had “limited that ability to host some of these public forums,” but suitor-cities were currently avoiding “letting their timeline slip as they seek to find the right operators to develop an IR in their region,” added the consultant, referring to integrated resorts or “IRs” as large-scale tourism complexes with casinos are known in Japan.

According to late-January commentary by the national government – amid an alleged bribery scandal linked to the casino policy but prior to the coronavirus alert – Japan planned to stick to a previously-mentioned timetable for the IR plan. Under it, local governments would have from January to July in 2021 to apply for the right to host a casino resort. Up to three will be permitted in a first phase of liberalisation.

Japan had recorded more than 1,500 Covid-19 infections – an illness that can lead to pneumonia and can be fatal – as of Sunday, according to Japanese media reports. Measured by prefecture, the country’s northernmost such authority, Hokkaido, had seen the highest number of infection cases, recording more than 140.

By Friday both houses of Japan’s parliament had approved a bill giving Prime Minister Shinzo Abe power to declare a state of emergency over Covid-19 if necessary. According to local reports he has not done that so far. But under the measure, prefectural governments would be empowered to instruct local residents to stay indoors and would be able to cancel public events. The authorities would also have powers to take control – temporarily – of facilities that could be used to supplement standard healthcare premises.

“While Japan continues to take precautions surrounding the coronavirus, there does not seem to be any major slowdown in the overall time line for integrated resorts in Japan, said Mr Bussmann of Global Market Advisors.

“There are still over 16 months before applications need to be in to the central government,” he noted to us.

Another consultant, Daniel Cheng, told us the Japanese government appeared to be “adamant” regarding its desire to keep on course the country’s IR liberalisation process, which has also faced headwinds in terms of some vocal opposition at citizen level.

If in “the next two weeks or so” the national government issued its so-called IR basic policy – it had said in January it would do so before the end of March – that would be good indicator on whether the process was still on track, or would be “derailed” said Mr Cheng.

He told us: “The senior leadership had already insisted in the Diet [parliamentary] debates that Covid-19 and IR are mutually exclusive. In fact, the coronavirus actually provided some relief from the persistent media lens on the IR bribery scandal.”

Japan’s IR timetable had been affected more by the fallout from allegations of bribery linked to supposed efforts by Chinese online firm 500.com Ltd to get a casino resort in Hokkaido than by coronavirus, suggested Global Market Advisors’ Mr Bussmann.

Bribery claims had “not significantly impacted the prefecture[-level] timeline but delayed the roll-out of the final regulations and how the three [IR] licenses will be selected,” he told us.

Mr Cheng separately observed: “Only if the virus crisis gets more serious in Japan would it pose a threat to the IR plans.” Then the national authorities would have to show they were “giving their full attention and resources to stop the pandemic”.

“Abe’s popularity has already dipped considerably because of the poor handling of Covid-19,” suggested Mr Cheng.

“It is a repeat of the Fukushima disaster when the [national] government was accused of being reactive and not proactive,” he added. Mr Cheng was referring to a major accident and leak of radiation at the Fukushima Daiichi nuclear power plant in Okuma, Fukushima prefecture, following a tsunami linked to a major earthquake in March 2011.

The current national alert relating to coronavirus was likely to have “significant” impact on Japan’s travel and hospitality sector – including conceivably the Tokyo 2020 Olympics due this summer – said Michael Zhu, senior vice president of international operations planning and analysis at gaming industry consultancy The Innovation Group.

But in terms of local-government preparations for IRs, as long as local policy goals “remain in line with those of the central government,” the implementation timetable was “unlikely to be substantially disrupted by the Covid-19 challenges,” Mr Zhu told us.

Former Macau junket operator Suncity Group had no commercial need to seek illicit gains from under-the-table betting via the “multiplier”, as the company had a huge gaming business... END_OF_DOCUMENT_TOKEN_TO_BE_REPLACED