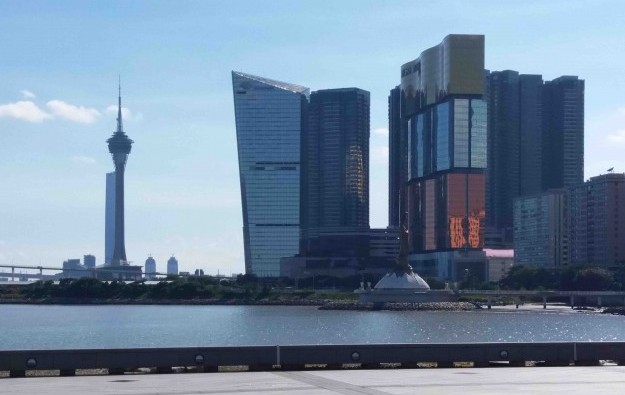 Investment bank Credit Suisse AG says there is a level of uncertainty around the effects of Beijing’s campaign against corruption in relation to the growth in gross gaming revenue (GGR) in Macau casinos.

In a note issued on Friday, Credit Suisse analysts said – as research by another brokerage had flagged last year – there seemed to be an inverse relationship between the number of corruption cases that come to light in mainland China, and GGR growth in Macau. The Macau gambling market is focused on high-stakes play either in the rolling chip, credit-based programmes used by VIPs, or in the cash-based, so-called “premium mass” segment.

A question for Credit Suisse was how much difference incremental increases in anti-graft probes in China made to the outlook for Macau gambling, versus where such investigations went from zero or close to zero, to forming an active roster of cases.

“We had a fair few questions on the anti-corruption campaign, and recent [Chinese] government data showing a spike in new cases in May and June,” wrote analysts Cameron McKnight and Ben Combes. “One of our sources suggests that new cases dropped in July and again in August – closer to more regular levels.”

They further noted: “We are less certain of the impact of the cumulative number of cases. That is, the campaign heating up in mid-2014 and going from zero to 100 new cases per month likely has a much greater impact than monthly cases going from 30 to 60, when more or less 2,500 officials have already been caught in the campaign.”

A report issued this month by brokerage Sanford C. Bernstein Ltd said the most recent three-month average number of investigations of suspected corruption was the highest since the fourth quarter 2015. Sanford Bernstein analysts Vitaly Umansky, Zhen Gong and Kelsey Zhu suggested “any re-emerging anti-corruption campaign would bring headwinds to the VIP sector and high-end premium” that may hamper business in Macau’s casinos this year and next.

“A renewed focus on anti-corruption is not an unlikely policy initiative,” the authors had noted.

Credit Suisse has meanwhile forecast that Macau GGR will rise to about MOP26.3 billion (US$3.25 billion) this month, a 16-percent increase over the same time last year. “We think expectations are around 13 percent to 15 percent year-on-year, despite an easier comp from Typhoon Hato last year,” the note stated, referring to the disruption caused by the largest tropical storm to hit the city in half a century.

Most of Macau’s casino operators are likely to generate positive free cash flow in the first quarter, given the robust recovery level of mass-market gross gaming revenue (GGR) in January, relative... END_OF_DOCUMENT_TOKEN_TO_BE_REPLACED