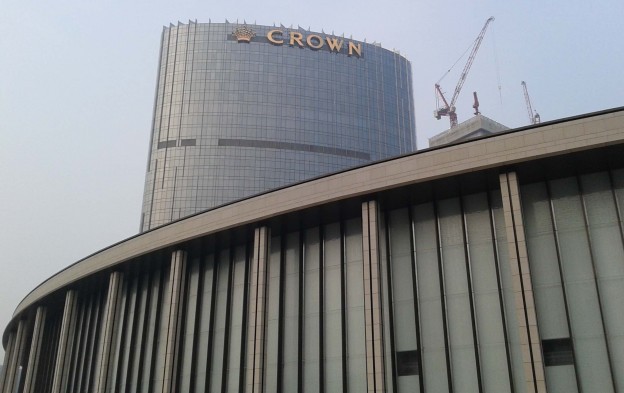 The announcement that James Packer’s casino firm Crown Resorts Ltd plans to put most of its business interests located outside Australia into a new listed vehicle is likely to have “little impact” on Asian casino developer Melco Crown Entertainment Ltd, says a note issued on Wednesday by brokerage Wells Fargo Securities LLC.

Crown Resorts currently holds a 27.4 percent interest in Melco Crown – also known by its Nasdaq stock ticker name MPEL – having reduced its stake in the firm earlier this year. The other main partner in the Melco Crown venture – an enterprise that has the bulk of its capital investment in the Macau casino market – is Hong Kong-listed Melco International Development Ltd, led by Lawrence Ho Yau Lung. He also chairs Melco Crown.

“If Crown were interested in selling [out of Melco Crown]… we think there’d be more efficient means to sell its stake,” said the note from Wells Fargo analysts Cameron McKnight, Robert Shore and Daniel Adam.

They added: “We don’t see this as a move for Crown to sell down its MPEL stake, and likely [it] has more to do with separating Crown’s very stable, mature domestic assets from more volatile Asian markets and international development projects.”

Investment bank Morgan Stanley said in a report on Wednesday that it expected 2016’s VIP revenue performance to be -16 percent year-on-year, compared to a 5 percent expansion in such revenue in Australia.

“In our June 2016 AlphaWise survey, we found that more Chinese gamblers are planning to visit Singapore, [South] Korea and Australia in the next 12 months compared with the past 12,” said Morgan Stanley.

The bank noted however in its latest report, that in the first quarter of this year, the Macau VIP market remained nearly nine times larger in revenue terms than the Australian VIP market. Macau’s VIP revenue for the period was US$3.3 billion, versus US$384 million in Australia, said Morgan Stanley, citing data from the casino operators and proprietary research.

Wells Fargo said in its Wednesday note that the announcement of Crown’s planned restructuring “could stem from shareholder activism”.

“Last month, a large Crown [Resorts] shareholder publicly exited its position due to Crown’s diversification… from its core casino business. We note that in December, the Australian press reported Crown was considering spinning out its real estate.”

Mr Packer, described in Australian media reports as 53-percent owner of Crown Resorts, had been considering – according to a media report in December – utilising his private investment vehicle, Consolidated Press Holdings Pty Ltd, to take private some of Crown Resorts’ assets.

Wells Fargo added in its Wednesday note that the timing on the Alon casino project in Las Vegas – in which Crown Resorts has an interest – was “unclear”.

“It was projected to be open in 2018, though project finance hasn’t been secured and we haven’t observed any significant construction activity on the site,” said Mr McKnight and his colleagues.

Wednesday’s filing by Crown Resorts said the firm would also explore a potential initial public offering (IPO) for a property trust that would include all of the company’s Australian hotels, except Crown Towers in Melbourne in the state of Victoria.

“We note that Australian pubs [public houses or bars], which generate a significant amount of cash from gaming, are a big part of the Australian gaming sector and that a number of Australian pubs have been owned by REITs for some time,” added the brokerage.

Andrea Domingo, chairman and chief executive of the Philippine casino regulator, says her institution and the casino licensees in the country “are still committed” to relief effort to help... END_OF_DOCUMENT_TOKEN_TO_BE_REPLACED