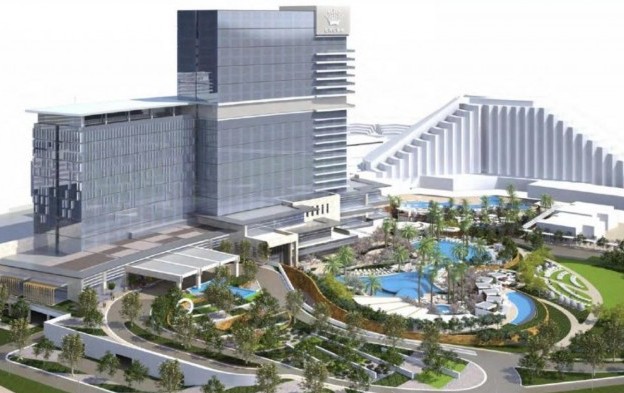 Crown Resorts Ltd’s profit grew by 65.7 percent year-on-year to AUD656 million (US$571.3 million) for the year ended June 30, with strong growth from its Macau joint venture helping offset the flat performance in Australia.

But Crown Resorts chairman James Packer sounded a note of caution about Macau at the annual general meeting in Perth on Thursday.

Melco Crown has provided the Australian company with solid earnings and its first dividend this year.

“Nevertheless we must acknowledge that recent trading in Macau has been difficult, negatively impacted by regulatory changes around smoking and the [Chinese] government crackdown on corruption in China, a crackdown that we give our 100 percent support to and believe will secure the long term future of the industry there,” Mr Packer said in his speech to shareholders.

VIP revenue dropped 19.1 percent year-on-year in the third quarter of 2014 to MOP46.77 billion, according to official data published on Thursday. Revenue from VIP play accounted for 56.4 percent of all casino GGR for the quarter, the first time it dropped below the 60-percent mark.

Despite the slowdown, Crown Resorts expects a boost in Macau from the opening of Studio City, Melco Crown’s next large-scale casino resort in the territory, scheduled to open in mid-2015.

Phase 3 of City of Dreams Macau, expected to open in 2017, “will extend City of Dreams’ leading position at the premium end of the market,” Mr Packer said.

The company is also focused on pursuing its expansion in Asia, Mr Packer said. City of Dreams Manila, a venture with Philippine-based Premium Leisure and Amusement Inc, is planned to open “later this year”, he said. Mr Packer also said Melco Crown would keep monitoring developments in Japan, should the country decide to legalise casino gambling.

Mr Packer added that Crown Resorts on its own behalf is negotiating with potential joint venture partners in Sri Lanka and the government there, to target that market.

Crown Resorts also has ambitions to move into Las Vegas – where it acquired a site earlier this year – and to expand at home, in Brisbane.

The company has entered into an agreement with a subsidiary of Chinese property developer Greenland Holding Group Co Ltd to bid for a casino resort in Brisbane. “The consortium is in the process of finalising the Queen’s Wharf Brisbane proposal which is due to be submitted to the Queensland government later this month,” Mr Packer told shareholders on Thursday.

The firm is currently expanding Crown Perth with the addition of the Crown Towers Perth (pictured in a rendering), expected to open in 2016. It is also developing Crown Sydney, after winning a licence there in July.

Crown Resorts said it is acquiring three Bombardier jets at a cost of approximately US$100 million to replace the existing fleet of Gulfstream jets. It said the acquisition would enable the company to expand the range of its private jet service to Asian VIP customers.

The recent performance of Crown casinos in Melbourne and Perth however has been “impacted by the general softness in consumer sentiment,” said chief executive Rowen Craigie.

For the period from July 1 to October 12, revenue from main floor gaming grew by 2 percent, while VIP programme play turnover was in line with expectations, “however at a low win rate,” said Mr Craigie.

Mr Packer described trading so far this year as “mixed at best”.

“Our VIP businesses are almost AUD100 million below the theoretical result less than four months into the financial year due to an adverse win rate or put simply, bad luck. The punters are killing us,” he said.