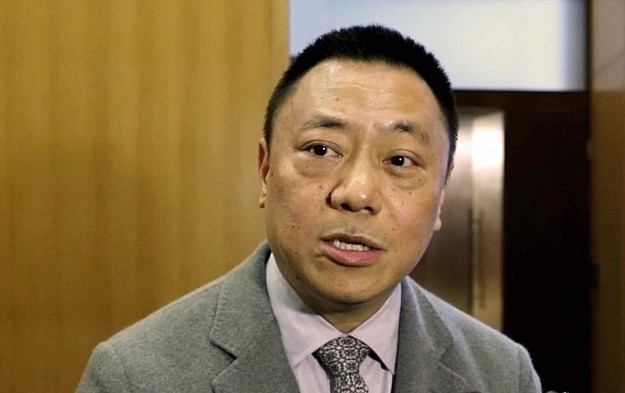 Macau’s Secretary for Economy and Finance, Lionel Leong Vai Tac (pictured), said on Thursday that the detention in mainland China of employees from Australian casino operator Crown Resorts Ltd should not have any impact on the Macau casino industry.

Macau public broadcaster TDM quoted Mr Leong as saying that while he and his staff, and the local gaming regulator, the Gaming Inspection and Coordination Bureau – also known by its Portuguese acronym DICJ – were concerned to hear about the detentions, the incidents should not have any direct bearing on gaming firms operating in Macau.

He added that the gaming bureau had held a meeting with the city’s six gaming operators, at which the regulator reminded them of the need strictly to abide by local laws in Macau and elsewhere. The TDM report did not specify when the meeting took place.

Some investment analysts had said the arrests might also have a negative impact on agents that scout in mainland China on behalf of Macau casinos for high value gambling customers. Other analysts saw the detentions potentially as a plus for Macau, in the sense that they might curb the marketing activities of overseas (i.e., non-Chinese) casinos in expanding their rosters of Chinese high roller players.

Macau is a special administrative region of the People’s Republic of China.

Crown Resorts issued a statement after its annual general meeting in Perth, Western Australia on Thursday, saying “less than half” of its international VIP annual revenue, or about 12 percent of total revenue, came from Chinese high-rollers. In fiscal year 2016, Crown Resorts reported group revenue of AUD3.6 billion (US$2.76 billion)

The firm’s chairman Robert Rankin, had earlier said in statement at the meeting that as of that moment, there were “no formal charges” laid against the Crown Resorts employees detained.

“At this time there have been no formal charges laid against our staff, the investigation continues and they are of course entitled to a presumption of innocence,” said Mr Rankin.

Australia’s Foreign Affairs Minister, Julie Bishop reportedly confirmed on Wednesday that Jason O’Connor, executive vice president VIP international for casino operator Crown Resorts, was one of the 18 Crown Resorts employees being held in mainland China by the authorities there.

Ms Bishop also stated at the time that Australian consular officials had visited Mr O’Connor and another Australian – whose name was not made public – in Shanghai for the first time on Tuesday. She was also reported to have indicated a third Australian being held is also a citizen of China and might have been travelling on his Chinese passport.

Crown Resorts’ Mr Rankin made reference on Thursday to the firm liaising with “Australian and Malaysian consular officials” in connection with the detentions.

“While I know we all have many questions, we must be very cautious and measured in our commentary at this sensitive time in the process,” he stated.

In August Crown Resorts reported normalised net profit after tax of AUD406.2 million, which was down 22.7 percent on the previous year.

Crown Resorts affirmed on Thursday it is planning a demerger of its international investments and an initial public offering of a 49 percent interest in some of Crown Resorts’ Australian hotels.

It is likely that Macau will shortly have a third round of citywide centre-based Covid-19 testing in little more than a week, after the results so far of a second mass test – that was due to finish... END_OF_DOCUMENT_TOKEN_TO_BE_REPLACED