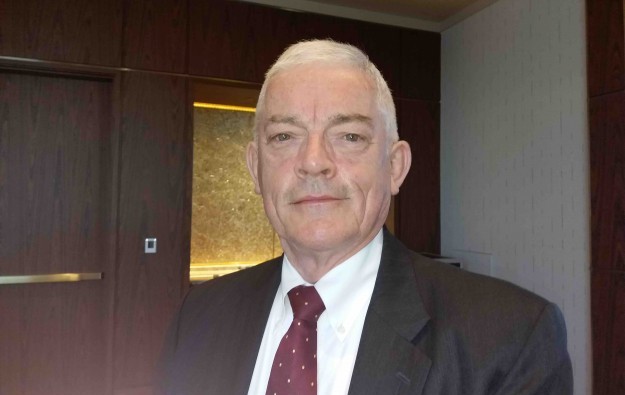 Business risk consultant Steve Vickers (pictured) says so-called cryptocurrencies, that can be used either to store value in cyberspace or access fiat currency via the conventional banking system, have the potential to dodge China’s efforts to stem capital outflow. He adds that if they are used for gambling funds in Macau or elsewhere that poses regulatory risk for the casino industry.

“Potentially from an organised crime point of view, cryptocurrencies… do afford opportunities for the avoidance of government duty,” Mr Vickers told GGRAsia. He was speaking on the sidelines of a breakfast briefing organised by the British Business Association of Macao.

He stated: “For example, China’s programme to contain capital outflow could be circumvented quite easily if cryptocurrencies took on a wider distribution.”

He noted: “The mainland is continuing the anti-corruption campaign vigorously. Those Macau casinos that are heavily or very heavily focused on the VIP trade, are more vulnerable than those that are more diversified in their business approach.”

Mr Vickers, the chief executive of Steve Vickers and Associates, is a former commander of the Royal Hong Kong Police criminal intelligence bureau, part of Hong Kong’s public security system during British administration of that territory.

“Unfortunately the side effect of cryptocurrency is the anonymity it provides,” he told GGRAsia. “A number of extortion cases I have dealt with involving kidnap, ransom and other offences had a ‘crypto’ element, unfortunately. This is something that governments need to get their heads around now, before it becomes more difficult,” the former police officer added.

Chakrit Ahmad is CEO of Wi Holding, a Thai-based company behind the blockchain technology used in cryptocurrency at the centre of an initial coin offering (ICO) by an entity called Dragon Corp. The latter describes itself as a Macau company and has been seeking to raise at least US$500 million from investors.

Mr Ahmad has told business news channel CNBC that while he conceded that fund-raising exercises for cryptocurrency were not currently regulated by existing financial jurisdictions, Dragon Corp’s had been “following all compliance similar to that of an IPO [initial public offering].”

“It entails KYC [know your customer] of people coming in, the transparency of where the funds are, and the tangibility of the [underlying] assets that we have as well,” added Mr Ahmad.

Currently, the use of cryptocurrencies in the gaming sector has mainly been limited to online gambling.

Mr Vickers said on Thursday: “I think it’s true to say that certain very colourful characters previously associated with the negative side of gambling – particularly here in Macau – have shown an interest in cryptocurrencies, and understand the opportunity it presents to avoid borders when seeking to make cross-border transactions.”

Following a launch event for Dragon Corp’s ICO in September, the South China Morning Post newspaper reported that convicted gangster Wan Kuok Koi, also known as ‘Broken Tooth’, had been present. Mr Wan rose to prominence in the 1990s, before being jailed in Macau for nearly 14 years in 1999.

Mr Ahmad is on record saying that Mr Wan was merely a guest of another person, and was not connected to the ICO.

“This sort of stuff needs to be monitored very carefully,” suggested Mr Vickers.

In September last year, China’s central bank, the People’s Bank of China, banned the practice of creating and selling new digital currencies, and ordered the country’s major cryptocurrency exchanges be shut down.

Macau’s financial regulator, the Monetary Authority of Macau, had previously stated that cryptocurrency was neither regulated in Macau, nor “a financial instrument subject to its supervision”.

Macau’s casino gross gaming revenue (GGR) for the first five days of February is estimated at MOP1.9 billion (US$235.1 million) – or MOP380 million per day – a level that suggests a “45... END_OF_DOCUMENT_TOKEN_TO_BE_REPLACED