Daisy Ho joining SJM board would be helpful: Angela Leong 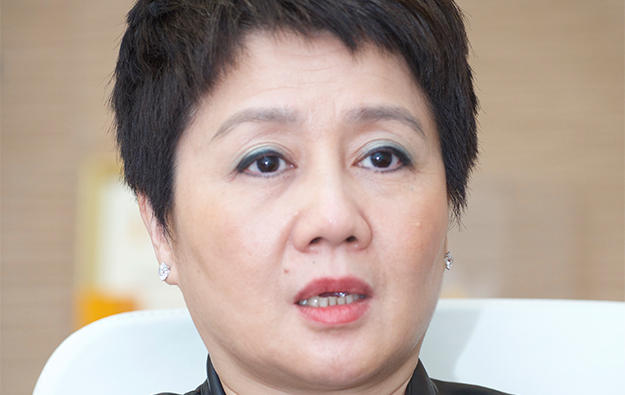 The addition of Daisy Ho Chiu Fung to the board of Macau casino operator SJM Holdings Ltd – as proposed for the upcoming board election in June – would be of “great help” to the firm’s development, said Angela Leong On Kei (pictured), an executive director of the company, in comments to the media on Thursday.

Ms Leong is fourth consort of SJM Holdings’ founder Stanley Ho Hung Sun, and mother of his youngest children. Daisy Ho is a daughter of Mr Ho by his second consort. Elements of the various families produced by Mr Ho – now aged 95 – during his long entrepreneurial career, have not always had amicable relations regarding the Ho business empire.

In March 2011, it was widely reported that Mr Ho and family members had settled a highly-publicised two-month dispute over control of his empire. The row had included a statement issued in Mr Ho’s name suggesting that his second consort had colluded with his third one to take over the holding company that controlled the bulk of his assets. They refuted the suggestions.

In a April 24 filing this year, SJM Holdings said Daisy Ho’s election as an executive director would be recommended at the annual general meeting on June 13.

“Ms [Daisy] Ho has extensive expertise in accounting and handling finances. I believe if she joins our management, it will be of great help for our development as well as the firm’s accounting and finance aspect,” Ms Leong remarked to media on the sidelines of a public event in Macau on Thursday.

Septuragenarian lawyer Rui Cunha, one of Mr Ho’s longest-serving advisors, will not offer himself for re-election as an executive director of SJM Holdings, according to the regulatory document.

SJM Holdings was floated on the Hong Kong Stock Exchange in 2008, at which time Mr Cunha was recorded as being a director. Since 2001 he has served as a director of Sociedade de Jogos de Macau SA, and been its company secretary since 2003, overseeing secretarial and legal matters.

“Mr Cunha is a man of extensive professional knowledge, and has served a very long period since STDM’s time to [that of] Sociedade de Jogos de Macau,” remarked Ms Leong. STDM – or Sociedade de Turismo e Diversões de Macau SARL, a business founded by Mr Ho – held a monopoly on casino gaming in Macau for 40 years up to 2002.

“Mr Cunha has a deep emotional link to the firm and also understands its workings very well,” Ms Leong said, adding that she believed Mr Cunha would continue to concentrate his efforts on the firm’s businesses in Macau.

Some Macau casinos visited by GGRAsia on Thursday, actually had tables that were closed, notwithstanding strong consumer demand during Chinese New Year (CNY). The reasons for some tables being... END_OF_DOCUMENT_TOKEN_TO_BE_REPLACED