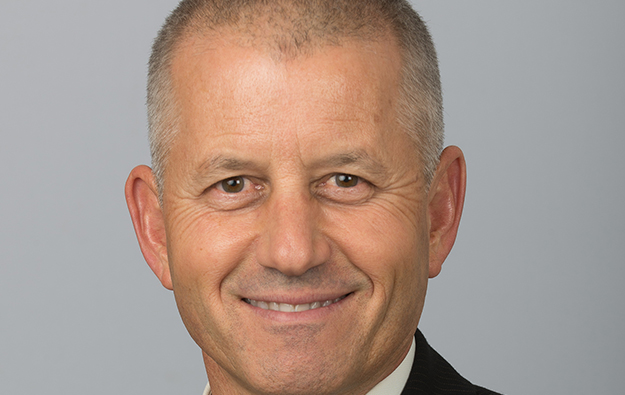 A huge quantity of cameras alone does not ensure efficiency in casino surveillance, says John Katnic, vice president of global gaming at Synectics Plc. The firm is a supplier of surveillance products and services to some of Asia’s largest gaming facilities that each boast thousands of security cameras.

“One of the challenges associated with the size of these operations is that [surveillance teams] have too much data to consider: too many cameras, too many alarms,” Mr Katnic (pictured) told GGRAsia in a interview.

He added: “There comes a point of diminishing returns where there is so much data that you don’t know what to look at. Only a very, very small percentage of that data is relevant or worthy of attention.”

Synectics is tackling this problem by using data from other third-party systems that run within a casino, in order to find anomalies in operations.

“Many of the more sophisticated cheats are no longer detectable simply by video,” Mr Katnic explained.

“Video is a great tool but it is not the only tool: that is why we are working so much with data analytics. It is often anomalies in the data that will tell you if somebody is cheating.”

“For example, your point of sales system may indicate that there has been a refund; but your people-counting or tripwire system detects there is no one in line at the register. Either one of those events [occuring] independently is fine; but if there is a refund when there is no one in line, this could be an interesting event.”

The process of cross-referencing data from different systems poses challenges: it can create vulnerabilities for surveillance systems.

He added: “There is this tension right now between maintaining that ultra-security of ‘dark networks’ versus getting data from the outside into surveillance analytics so that you can intelligently respond to certain types of alarms or anomalies in data.”

The executive says Synectics is achieving that by putting in place hardware and networking protections to reduce vulnerabilities. “We only receive data; we don’t send any data back out: all our of integrations are designed with a push mentality,” said Mr Katnic.

Synectics is a provider of surveillance technology and networked security systems for use in a wide range of industries, including the casino sector, racetracks, oil and gas plants, transport operations and public authorities.

The firm also has an aggregate of more than 15,000 cameras monitoring operations on 15 casino cruise ships.

Synectics has been rapidly expanding its presence in Asia’s casino markets in recent years. Earlier this month, it announced it had been awarded a “multi-million-dollar contract” to supply an integrated video and security management system to a major Philippines casino. The firm did not identify the property.

“The system will record and monitor over 5,000 cameras across five adjacent properties which include several new hotel casinos as well as a retrofit of an existing casino resort,” Synectics said in a press release.

The firm has supplied gaming surveillance products and services to casinos in Singapore, Macau, South Korea, the Philippines and Malaysia.

“We really got our first start in Asia around four years ago, with some small cruise ships,” Mr Katnic said. The company’s first major surveillance service contract for land-based gaming in Asia involved a facility in Singapore.

Synectics now counts among its clients many of the biggest casinos in Asia, including an upcoming property in Macau’s Cotai district and two casino resorts in Manila’s Entertainment City, in the Philippines. It also is a supplier of services to casinos in several other parts of the world, including in the United States, Canada and some European jurisdictions.

In 2016, Synectics secured a contract to supply an integrated video and security management system for the Wynn Las Vegas and Encore casinos, two venues operated by Wynn Resorts Ltd. The system comprised more than 5,000 cameras.

Mr Katnic said the biggest differences among jurisdictions when it comes to casino surveillance relate to how long operators need to store their surveillance data. It can be as few as seven days or as much as 90 days.

“It is not a technical challenge; it is really just an economic challenge to the casino owner, because that means more disc drives and servers to store the data,” Mr Katnic stated.

In Asia, the size of some large-scale gaming projects can mean very complex surveillance systems.

“Just the raw scale of that is quite difficult when you are recording 24/7, 365 days a year and you cannot lose more than a second of footage without fines. Just keeping all that running is very challenging,” Mr Katnic said.

He added that many casino operators are also still adapting to the latest surveillance technologies and products, which run on IP systems instead of analogue networks. “Operators are being challenged to hire much higher-end engineers as opposed to the old cable pullers and camera hangers,” Mr Katnic said.

“In the old days, if you lost an analogue component, the whole system would not go down; but nowadays if your network fails, you can have a catastrophic single point of failure. So, there is a lot of resilience and redundancy that has to be built into the systems.”