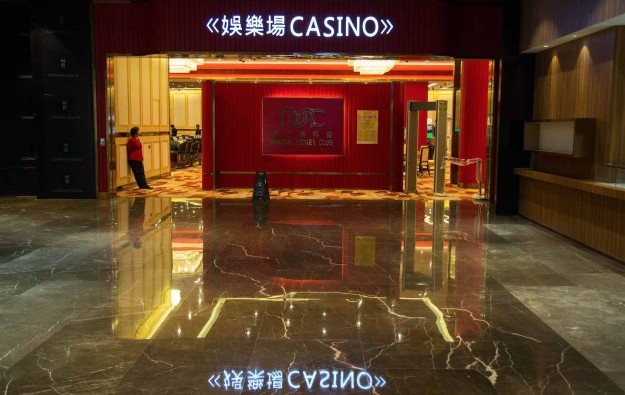 A Chinese-language WeChat social media account attributed to Macau casino junket investor David Group suggests the latter is to run all the gaming inside the recently-opened casino at the Macau Roosevelt Hotel on Taipa. It adds there will be an official opening for the casino on July 26.

Such assertions were also made by a David Group staff member that GGRAsia spoke to by telephone, who added that the casino official launch would coincide with the opening of the hotel portion of the project.

The person did not confirm whether David Group is currently operating the gaming venue, which had a soft launch on June 29, coinciding with a soft launch of the hotel.

The gaming venue inside the hotel is effectively a “relocation” of Casino Macau Jockey Club, the local regulator, the Gaming Inspection and Coordination Bureau, had previously confirmed. The old and the new gaming facilities are close to the Macau Jockey Club’s horse racing track facilities, and have respectively depended on the gaming licence of SJM Holdings Ltd.

GGRAsia approached SJM Holdings for comment on the reported official start of casino operations at the Macau Roosevelt Hotel and for confirmation on David Group being the third-party provider for managing the casino inside the hotel, but did not receive a reply by the time the story went online.

GGRAsia also asked the gaming bureau to confirm if it was aware David Group would be the gaming service provider for the casino inside the Macau Roosevelt Hotel. The bureau, also known by its Portuguese-language acronym DICJ, replied in an emailed reply on Wednesday: “SJM’s intention to introduce VIP operations in Casino Macau Jockey Club has been communicated to the DICJ and is currently under review. As of today, no other application regarding Casino Macau Jockey Club has been submitted by SJM.”

A Macau court was offered evidence on Monday, including of recordings from police-wiretapped telephone conversation, that the prosecution says proves the direct involvement of Levo Chan Weng Lin... END_OF_DOCUMENT_TOKEN_TO_BE_REPLACED