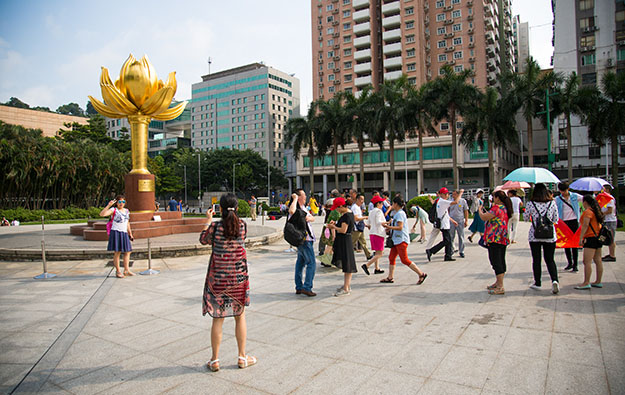 Macau visitor arrivals for the seventh and final day of the October Golden Week festive period fell 23.2 percent year-on-year, to 82,790. That brought the average rate of annual growth for the whole holiday period to 7.2 percent, or 895,242 visitor arrivals.

Up to the end of day six, the growth rate had been just under 12 percent year-on-year.

On the final day, Sunday, the tally of people coming from mainland China was down 22.8 percent on the equivalent day of the holday last year, at 57,832. That completed a seven-day 2018 total of 734,910 for arrivals from the mainland – a growth rate of 14 percent – and which represented in totality 82.1 percent of all October Golden Week arrivals to the casino hub, a Special Administrative Region of China.

The data were released by the Macao Government Tourism Office, based on information from the Public Security Police Force recorded at the city’s various boundary-crossing points.

October Golden Week is usually a peak season for the city’s tourism and casino industries as hundreds of thousands of mainland Chinese tourists take advantage of the week-long break to visit Macau.

China’s State Council declared October 1 to October 7 as this year’s National Day holiday period. But September 29 and 30 immediately beforehand were weekend days this year, meaning some spillover in terms of tourism arrivals had been anticipated by the authorities.

Macau’s casino gross gaming revenue (GGR) for the first five days of February is estimated at MOP1.9 billion (US$235.1 million) – or MOP380 million per day – a level that suggests a “45... END_OF_DOCUMENT_TOKEN_TO_BE_REPLACED