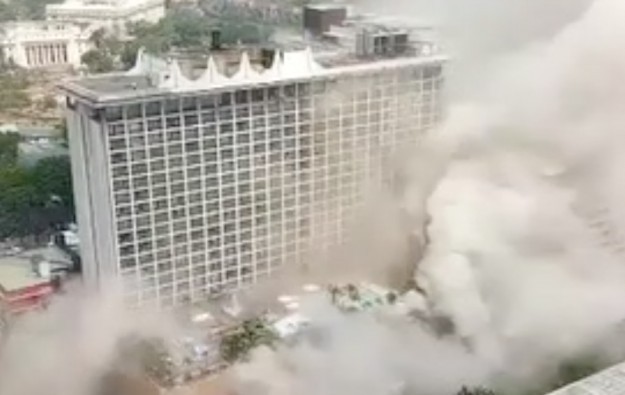 Philippine authorities confirmed late on Monday there has been two further fatalities from a fire in a casino hotel in the capital Manila, taking the death toll to five. The blaze broke out on Sunday morning and it took until Monday to bring it under control.

Several people were injured and about 300 guests were evacuated on Sunday as the fire raged through several floors.

The blaze engulfed the Waterfront Manila Pavilion Hotel and Casino, a 22-storey, 509-room hotel and casino complex located in the heart of Manila’s tourist district. The hotel is operated by Acesite (Phils.) Hotel Corp, a subsidiary of Philippines-based Waterfront Philippines Inc.

“Hotel operations have been temporarily suspended until the proper clearances from the government regulatory agencies have been obtained,” Acesite said in a filing on Monday to the Philippine Stock Exchange.

Firefighters said it was still unclear if the fire started in the casino, located on the lower floors of the property, or in a mezzanine area that was under renovation.

Waterfront Philippines said in August last year it would implement a PHP350-million (US$6.74 million) renovation programme at its Waterfront Manila Pavilion Hotel and Casino.