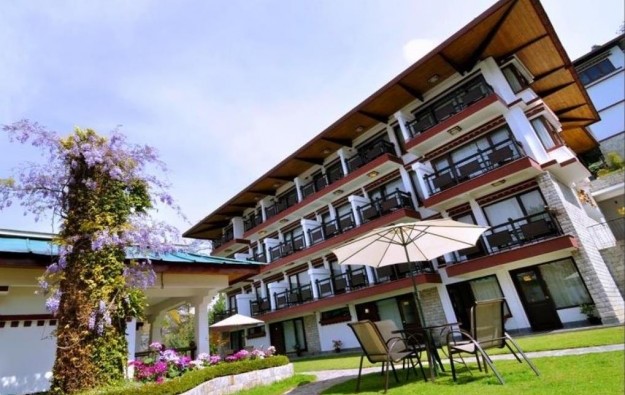 Delta Corp Ltd, India’s only listed gaming company, announced this week it will commence operations of a casino in the Indian state of Sikkim. The company had already secured a provisional licence from the state government in July, the firm said in a filing on Tuesday to the Bombay Stock Exchange.

Delta Corp had signed last year “a leave and licence agreement” for premises in the Denzong Regency Hotel (pictured), in Gangtok, the capital city of Sikkim. The landlocked Indian state is located in the Himalayas mountain range, bordering Nepal and the Indian state of West Bengal.

“Further to our communication dated July 26, 2016 with reference to issue of a provisional gaming licence for Sikkim, we would like to inform you that the company … has been issued a licence for operations of a casino in Gangtok, Sikkim, under the Sikkim Casino (Control & Tax) Act, 2002,” Delta Corp said in its latest filing.

It added: “The company is fully ready to commence its casino operations and will do so immediately.”

Delta Corp had previously said that it would operate a “live gaming casino” in Sikkim, “offering approximately 150 gaming positions”.

The casino at Denzong Regency Hotel will be Gangtok’s third: Casino Sikkim and Casino Mahjong are the two gaming venues currently in operation in the Indian state. According to GMA, to enter either of the existing casinos, patrons must provide proof of age and pay entrance fees ranging from US$15 to US$53.

In October, the company reported consolidated income from gaming operations for the July to September period was INR1.24 billion (US$18.5 million), up by 45.8 percent year-on-year.

Macau’s Court of Final Appeal announced on Monday sentences in relation to a total of nine cases concerning debt claims involving junket operators based at local casinos. In all the cases, the... END_OF_DOCUMENT_TOKEN_TO_BE_REPLACED