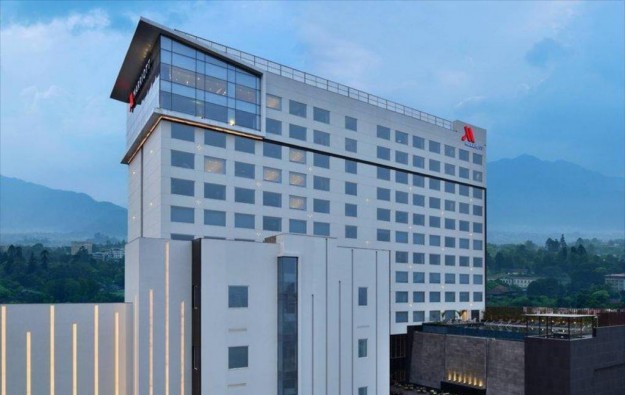 Delta Corp Ltd, India’s only listed casino company, announced on Thursday it expected “to commence soon” operation of a casino at the Marriot Hotel in Nepal’s capital Kathmandu. This will be the firm’s first foray outside India’s gaming market.

“Our subsidiary in Nepal has been issued a licence for operating a casino in Nepal,” Delta Corp confirmed in a Thursday filing to the Bombay Stock.

The foray into the Nepal market follows an agreement that Delta Corp signed in 2017 with Everest Hospitality and Hotel Pvt Ltd, to lease space at the Marriott Hotel (pictured) in Kathmandu.

Everest Hospitality and Hotel is a subsidiary of Nepal-based hospitality firm MS Group. At the time the agreement was signed, the 214-room Marriott-branded hotel was still under construction; it opened in July last year.

Delta Corp had said previously that it planned to expand outside India, “in line with its strategy of expanding in the region”. The company, controlled by businessman Jaydev Mody, currently operates casinos in the Indian states of Goa and Sikkim.

In a July report, Union Gaming Securities Asia Ltd said it observed “numerous … levers” that caused the brokerage to forecast “circa 20-percent top line growth” might be possible regarding Delta Corp’s second-half 2019 performance and the business performance for 2020. Factors included an expansion of Delta Corp’s casino operations in India, the development of online gaming in that country, and the management of a casino in Nepal, said Union Gaming.

Nepal is already host to a few casino venues, including Tiger Palace Resort Bhairahawa, operated by Silver Heritage Group Ltd near that country’s border with the Indian state of Uttar Pradesh. Silver Heritage also manages gaming at the Millionaire’s Club and Casino, in Kathmandu.