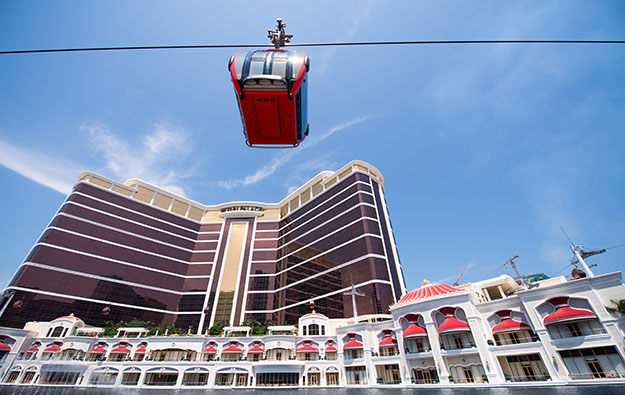 Deutsche Bank Securities Inc sees ongoing stability in both the VIP and mass-market gaming segments in Macau, despite the downward pressure on gaming stocks. In a note issued on Friday, the stockbroker said the Chinese economy and effects of the Sino-United States trade war are not yet reflected in Macau’s gross gaming revenue (GGR) figures.

“Our greatest concern for Macau stocks is that slowing headline growth gets interpreted as a function of a slowing macro environment or other trade-war-related concerns,” the note said. “We do not believe this to be the case at present, and note that China macro concerns have been present for some time, while market GGR numbers have held up well.”

U.S.-based analysts Carlo Santarelli and Danny Valoy wrote that Deutsche Bank sees 12.7 percent for Macau’s GGR growth rate in the third quarter as achievable. The note says the consensus figures from the Consensus Metrix organisation for the third quarter of this year is 12.7 percent, 9.5 percent in the fourth quarter and 8.8 percent next year.

“With mass gaming showing double-digit comparisons with little signs of stagnation, seemingly little growth in the VIP segment is already implied in the 2019 consensus forecast,” the report noted. “We note that our company forecasts are based on our market GGR growth assumption for 2019 of plus 6.8 percent.”

Wynn Resorts stock has lost 20 percent since the company reported its results for the second quarter of this year on August 1. Net profit at Wynn Macau in the second quarter was US$160.3 million, an increase of 56.2 percent compared to the same period last year.

“The vast majority of the move in shares has stemmed from the 3.6 multiple point compression, a move that signals, in our view, investors perceiving a period of meaningful negative revisions looming,” Deutsche Bank said.

But the brokerage said it expects Wynn Resorts to benefit from new drivers in Macau this month: expansion of junket Suncity Group at the Wynn Palace casino, higher-margin mass-market momentum and a favourable calendar of Chinese holidays.

Wynn Macau currently runs one of the most efficient gambling operations in the Macau market, with its VIP tables registering win-per-unit-per day that is 30 percent higher than that for the average VIP table in the city, according to research from brokerage Sanford C. Bernstein Ltd.

The institution found Wynn’s VIP tables generated nearly US$43,200 in win-per-unit-per day, a 30-percent premium. The brokerage cites the performance of the VIP and mass-gaming tables as a strength for the Wynn group, suggesting that the share price fluctuations are evidence of an overreaction to the slowdown in mainland China.

The decision by the Macau government to grant fresh 10-year licences to each of the city’s six incumbent casino operators has been welcome by top management at those firms. Each of the concessions... END_OF_DOCUMENT_TOKEN_TO_BE_REPLACED