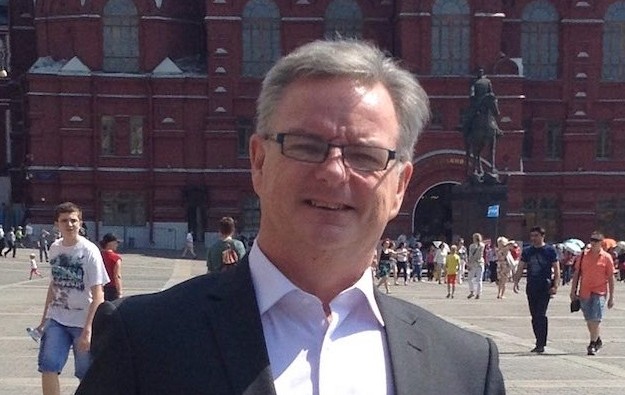 Russia-based Diamond Fortune Holdings Prim LLC is aiming to open its first casino resort in the Primorye Integrated Entertainment Zone (IEZ), near Vladivostok, in September 2020. The design of the property is being finalised and construction will begin soon, say the company top executives.

“Construction should take about 18 months, and the first phase [of the property] should be completed and ready to open by September 2020,” said Thomas Gibbons (pictured), chief executive of Diamond Fortune, in an interview with GGRAsia.

The company plans for an aggregate investment of about US$220 million for the first phase of its project, dubbed Selena, which the executive said was a working title for the property.

“Phase one will be divided into A and B phases, with the casino being built first at a cost of US$70 million,” said Mr Gibbons. “We expect to be opening the casino phase, at the latest, in September 2020.”

The initial casino venue will be supported by 25 hotel rooms. Construction of the hotel “will continue after the casino has opened at a cost of US$150 million,” said Mr Gibbons.

Phases two and three of the casino resort “will be ongoing according to the market [conditions],” the executive stated.

The property will feature nearly 1,300 rooms, as well as shops, nightclubs, food court and a spa. “We will be catering to a large diversity of customers,” said the CEO.

Privately-held Diamond Fortune was established in 2010 by a group of Russian investors. The company had originally been granted a total of 77 hectares (190 acres) covering several plots of land, which at the time made it the casino investor with the largest land bank in the Primorye IEZ. The firm however sold some of the land and kept four plots, planning to develop two casino schemes, dubbed for now Selena and Moon Gate.

Construction of the Moon Gate property, with a minimum investment of US$151.5 million, will begin at a later stage. “We haven’t moved forward with that yet; we will see how Selena goes first,” noted Mr Gibbons.

The IEZ occupies 619 hectares. About a dozen properties are envisaged for the first stage of the zone’s development, covering 263 hectares.

Mr Gibbons said he believed the market demand would be enough to support several casino schemes in the Primorye IEZ. Tigre de Cristal, developed by Hong Kong-listed Summit Ascent Holdings Ltd, is currently the only casino property in operation in the IEZ.

“If you look at what has happened in the past three years, the existing casino is growing exponentially month-on-month [in revenue terms], and we haven’t even tapped into the international market yet; that’s mostly the local market,” said Diamond Fortune’s CEO.

Mr Gibbons said his company planned to offer “various levels of gaming, for various levels of client”. “We’ll have our Asian market and the local market – which will be segmented in different levels,” he said, without disclosing further details.

In addition, said the executive, the number of foreign-visitor arrivals keeps growing every year. The Primorsky region welcomed 643,996 visitors from overseas in 2017, a 13.3-percent increase from the previous year, according to official data.

“With the advent of the electronic visa, it’s very easy for people to get into the region,” said Mr Gibbons, referring to a Russian immigration initiative designed to promote inbound tourism.

Since last year, tourists from 18 countries – including China and Japan – arriving via the Vladivostok airport or seaport have been able to secure a visa on arrival, provided they have filed an application online at least four days prior to their visit.

Diamond Fortune’s CEO said he believed that the development of more casino schemes in the Primorye IEZ would “enhance the overall project, and attract more, and more people from neighbouring countries”.

“The more casinos in this market, the better it will be for us too. It means more facilities, which will help attract more people to the market, and create better infrastructure,” said Mr Mishkitblit.

All of the properties planned for the first phase of Primorye IEZ should be in operation by 2025, with the companies expected to invest an aggregate of at least US$2.70 billion, according to information provided by the PDC. Investors have pledged so far US$2.10 billion for the development of seven casino resorts.

Mr Gibbons said consumers would in likelihood gravitate to whichever resort offered a mix of facilities most suited to their preferences. “We aim to offer the highest quality and to be the top destination,” the executive stated.

He added that any other “professionally-managed” resorts in the zone would present “normal competition”. Any “poorly managed” facility would be punished by the market and “would suffer”, said Mr Gibbons.

“The more professional you are, the more you’re offering your client, the better experience that you provide, that is what will set you apart,” he noted.

The company would nonetheless like to see an amendment to existing legislation, namely the introduction of smoking lounges in casinos. The authorities in Primorsky have implemented a blanket ban on smoking in indoor places.

“We would like the existing legislation to be amended,” Mr Gibbons told GGRAsia. “We are in constant dialogue with the government here, and they are looking at all of our suggestions. The government is not dismissive regarding our concerns.”

Mr Mishkitblit said investors were in discussions with the local government. “They do understand that sooner or later they will have to introduce smoking lounges to the existing legislation. I think it will be sorted in due time,” he added.

The imminent return of package tours from mainland China will not only help boost Macau’s tourism businesses, but is also expected to help casinos gain more foot traffic in their mass gaming... END_OF_DOCUMENT_TOKEN_TO_BE_REPLACED