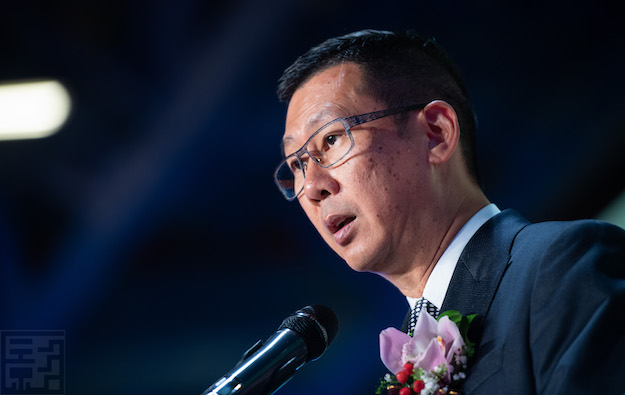 The director of Macau’s Gaming Inspection and Coordination Bureau, Paulo Martins Chan (pictured), says the recent volatility in the city’s casino gross gaming revenue (GGR) is within a “normal” range, with the mass-market segment offsetting the decline seen in the VIP sector.

“Macau’s gaming revenue is fluctuating, but not to a big extent – which should be normal,” said Mr Martins Chan on Tuesday. “We believe that the [aggregate] GGR [for 2019] will not show a big difference when compared to last year,” he added.

The aggregate of Macau casino GGR for the 10 months to October 31 stood at MOP246.74 billion (US$30.6 billion), a contraction of 1.8 percent year-on-year. In the third quarter alone, Macau VIP GGR had declined market wide by 22.5 percent year-on-year, showed data released on October 17 by the city’s government.

Mr Chan’s comments on the latest developments in the market were made on the sidelines of MGS Entertainment Show 2019. The three-day trade show and conference runs until Thursday at the Venetian Macao.

Mr Chan was last week confirmed in his post at the Macau regulator – a body also known as DICJ – for a further year.

In his Tuesday remarks to reporters, the head of Macau’s gaming regulator said: “You will see the mass-market segment performing better [than the VIP sector] and that means, to a certain extent, it [Macau’s gaming performance] is becoming stable. So we feel that there is still an optimistic prospect.”

Mr Chan said additionally that DICJ is now focused on improving existing gaming laws and regulations, so as to ensure the “healthy” development of the city’s gaming industry.

Such legislative work includes fresh regulation of Macau’s junket sector, which is currently in the draft stage. In his Tuesday comments, Mr Chan was non-committal on when the new legislation might be presented to the city’s Legislative Assembly.

“There are ongoing works and it [the new legislation] is currently being studied; we will announce it in due course,” he stated.

Mr Chan said last month that the fresh legislation would involve “raising the standard on background checks” of those involved in the junket business, and their “capital sources”.

The amendment of Macau’s gaming law framework – also known as Law 16/2001 – would also be one of the key tasks to be addressed by the government, said in September Macau’s Chief Executive-designate, Ho Iat Seng.  Such amendment might include provisions regarding the number of gaming licences to be issued once the current ones expire in June 2022, and whether the current sub-concession system would be abolished, commentators have said.

The Macau government announced on Tuesday tightening of its Covid-19 testing requirements for front-line casino staff, halving the interval between nucleic acid tests to every two days, from every... END_OF_DOCUMENT_TOKEN_TO_BE_REPLACED